A few days of promising weather included some good birds and quite a few commoner migrant, hopefully all a taster for the rest of the week ahead.

Most of the previous days birds remained, a few new bits included a male Ring Ouzel around the obs crop, a Lesser Redpoll and a few Redwing and Song Thrushes. 6 Yellow-browed Warblers looked like being the highlight of the day until a Little Bunting was found around T1 before relocating to East Loch Park. Following this a an American Golden Plover was heard as it flushed from near the Lenswick Footpath but couldn't be re-located.

The following day was equally migrant filled. The day started with Pied Flycatcher near the poly tunnel at the observatory. A Red-backed Shrike spent most of the day around the bird observatory before being trapped in Holland later that evening. Yellow-browed Warblers broke into double figures for the day while the first Mistle Thrush of year headed up the West Coast towards Tor Ness. A Common Buzzard made its way in off the sea only to be followed by another. 17 Lapland Bunting, 40 Song Thrush and 23 Redwing made for good birding. The Little Bunting re-appeared in East Loch Park to round off a good days birding.

The 30th was frankly a horrible day a record count of 16 Grey Plover were on Nouster during the morning. The first Spotted Flycatcher of the Autumn was on the beach below Garso and a Ring Ouzel was near the shooting gallery. 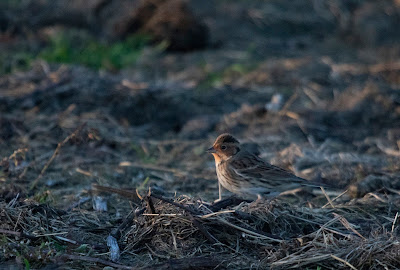 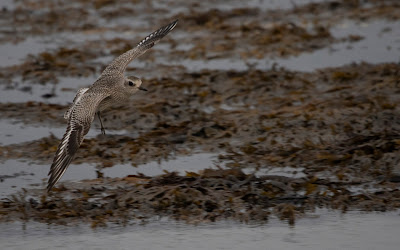