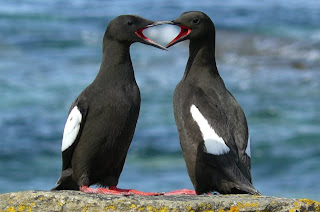 We are still in the summer doldrums as far as birding is concerned though there was a female Croossbill on the 8th, a Little Tern on the 10th was the second record of the year. A male Common Blue butterfly at westness on the 12th is only the second record for the island the first being back in july 1997. A Common Sandpiper appeared on the 13th and four fledged Twite on the 14th is the first evidence of breeding for a few years.
Posted by northronbirdobs at 10:34