A quiet stroll around Bridesness sparked a major twitch among the Islanders, and a national media frenzy this morning when a WALRUS was found sleeping on the beach there. Well out of its range this fantastic beast should be in the Arctic right know and from its scars and markings it appears to be the same individual photographed in the Faroes at the end of February. We don't know much about Walruses and it could be unwell due to its approachability, but it does however appear to us to be a healthy animal and is presumably fairly tame having never encountered humans before? There is one previous Orkney record (in 1984) and about a dozen from Shetland and with many of North Ronaldsay's bays being sheltered, shallow water suiting its feeding habits, it may stick around a while... 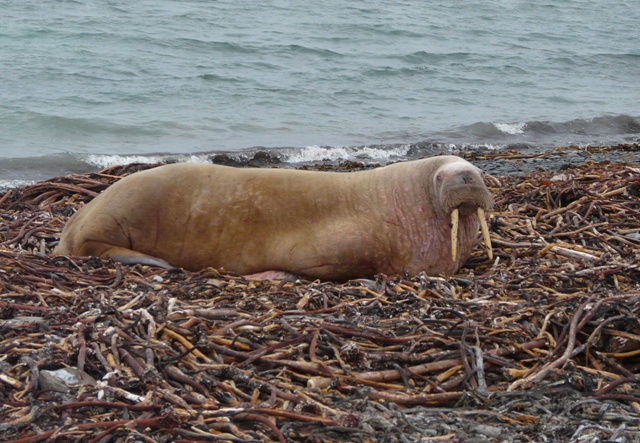 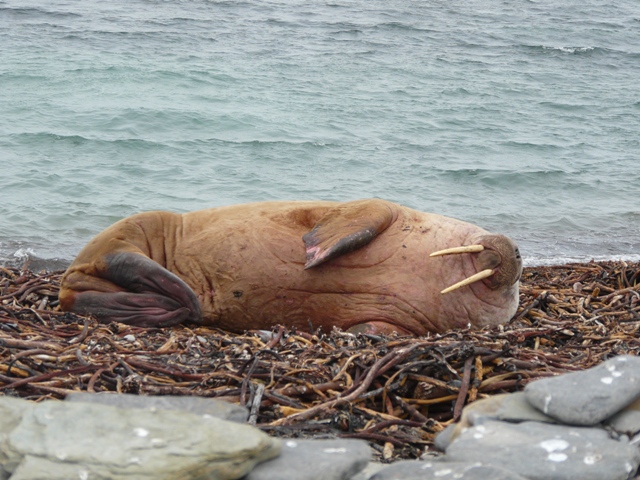 ...a bit bigger than your average Seal!!! 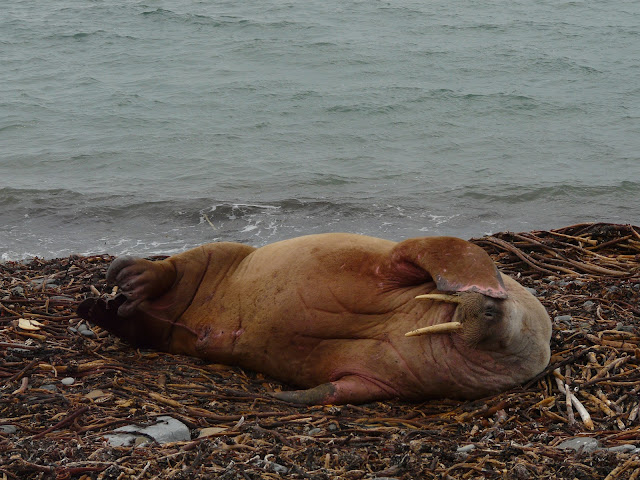 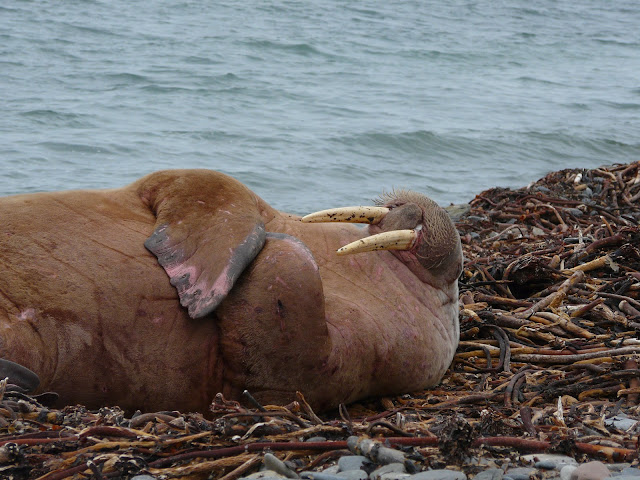 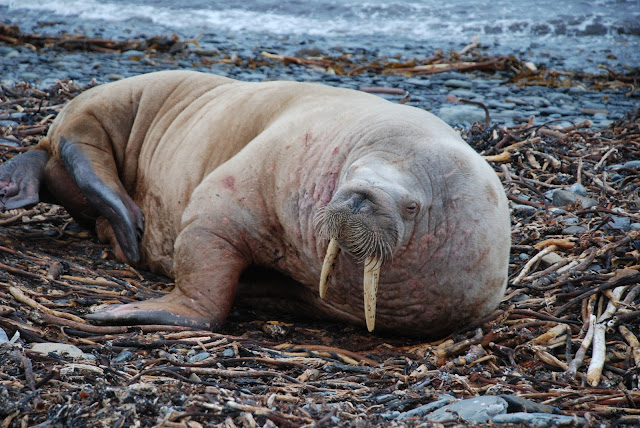 ﻿In other less exciting bird news... The Stock Dove remains and 28 Fieldfares were near the mill.
Posted by northronbirdobs at 12:57

What a spectacular creature ! I'm sure it was a real thrill to see it.

Walrus are very approachable in the Arctic.

When did this last happen?