An awesome feeling day with the merest waft of a ENE breeze and varying amounts of cloud and drizzle drifting in and out, it was however fairly quiet until a stunning HORNEMANN’S ARCTIC REDPOLL was found feeding with a small, mixed group of other assorted Redpolls on Thistles at Westness mid-afternoon.   We were very happy with this cracking addition to the year list when, late afternoon two of our volunteers (Tom Gale and Lewis Hooper) saw a black and white looking bird dart into the open front door of a disused croft at Southness and when they went to investigate they found it fluttering against a window trying to get out.   Being bird ringers, they grabbed the bird and were stunned to find that it was a beautiful shade of blue rather than black, the penny soon dropped that they were actually holding a heart-stoppingly fantastic, adult male SIBERIAN BLUE ROBIN – it was soon put in a bird bag and taken back to the Obs where it was ringed, admired and released into one of our bird crops where it showed briefly before disappearing into the vegetation…you couldn’t even write it!!


Other little bits of note comprised 14 Red-throated and 8 Great-northern Divers on the calm sea, the family of 5 Whooper Swans, the Green-winged Teal and Scaup still, 8 Red-breasted Mergansers, a Peregrine, 4 Pintail, 2 Grey Plover, a Little Stint, 74 Purple Sandpipers and 52 Black-tailed Godwits. 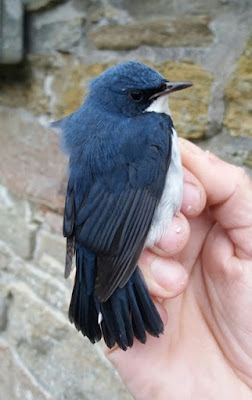 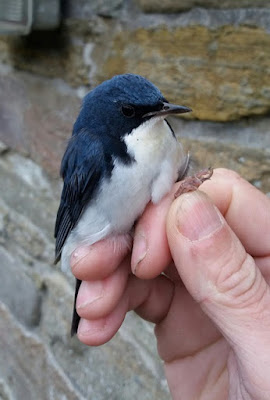 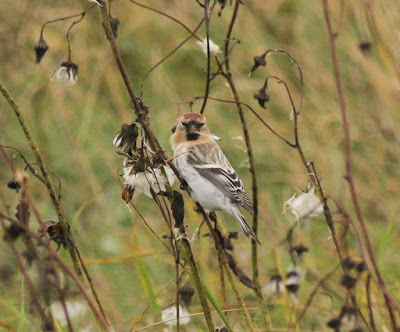 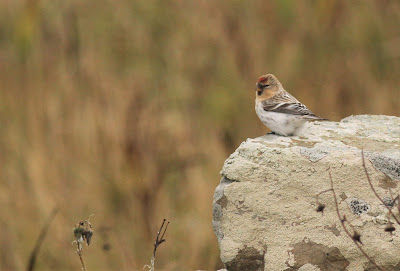