A great day, a more spring-like feeling in the air with a light SE wind and plenty of bright sunshine; without doubt the highlight was an awesome, massive and unbelievable to behold WALRUS which was initially seen by Lewis Hooper as it slowly cruised past The Lurn, close inshore, followed by a big flock of Gulls before hauling out for a couple of minutes on a small beach near where we ring Storm Petrels.   It soon headed back out and carried on round the shore, close round the Pier and into Nouster Bay before just as suddenly disappearing!   We will be out at first light tomorrow, covering as much of the coast as possible in the hope that it will be re-found.


Its now five years and five days since the last Walrus on North Ronaldsay in 2013 – almost an expected vagrant nowadays!!!


There were some new birds seen through the rest of the day with some passage noted; the best (in island terms anyway) was a Stock Dove found in Loch Park and later trapped as it came into roost at Holland House, becoming only the second one to be ringed on the island!   Other landbirds included 140 Skylarks (including some light southerly passage), a male Chaffinch also caught at Holland, the Black Redstart still, 47 Fieldfares, 62 Redwings, a Song Thrush, 60 Snow Buntings and 2 Hen Harriers including a ringtail seen coming in off the sea from the south.


Some increased waders comprised the first Grey Plover of the year on The Links, now 3 Ruff feeding in fields by the school (an unprecedented March flock!), 97 Golden Plover, 113 Lapwing, 46 Dunlin and 40 Bar-tailed Godwits.   The drake Smew was still present along with 24 Long-tailed Ducks, 4 Shelduck, a new Pink-footed Goose with the Greylags and the Whooper Swan still while 11 Great-northern and 4 Red-throated Divers offshore. 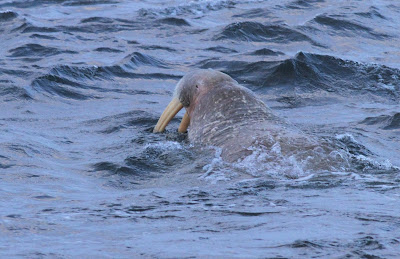 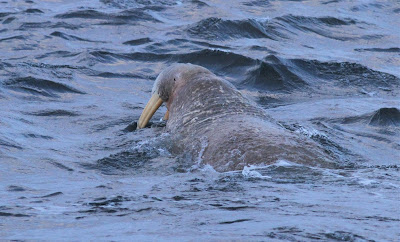 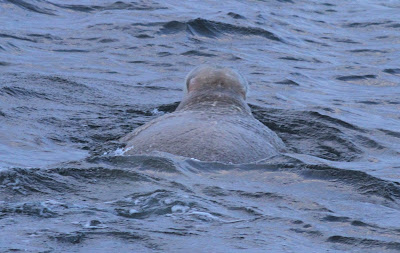