Three Spotted Flycatchers were caught at Holland first thing which gave hope for the rest of the day but it unfortunately largely failed to materialise; another Spotted Flycatcher on the west coast and a Merlin being the highlights, that is however until late afternoon when a smart female/immature Golden Oriole was flushed out of Holland gardens to be seen a couple more times before disappearing shortly afterwards. The Wood Sandpiper was still around Hooking and 15 Bar-tailed Godwits passed through. 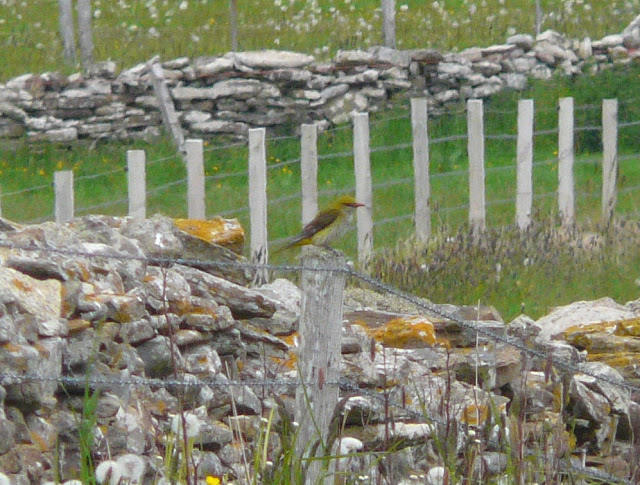 Smart bird-rubbish photo! Just the 9th Golden Oriole to have been recorded on North Ronaldsay.
﻿
Posted by northronbirdobs at 07:24