The wind being still in the east produced an unusual selection of birds; a Hobby which zoomed north over Holland in the morning and a male Red-backed Shrike at Ancum along with two Spotted Flycatchers and a Garden Warbler were typical for the time of year however, not typical was a Fieldfare near the Obs and a drake Goldeneye which flew past Westness!   A few waders continue to pass through with a turnover of Bar-tailed Godwits and Knot noted.

Late News! - A stunning male Bluethroat was caught in one of the Obs Helgoland traps at around 9.30pm. 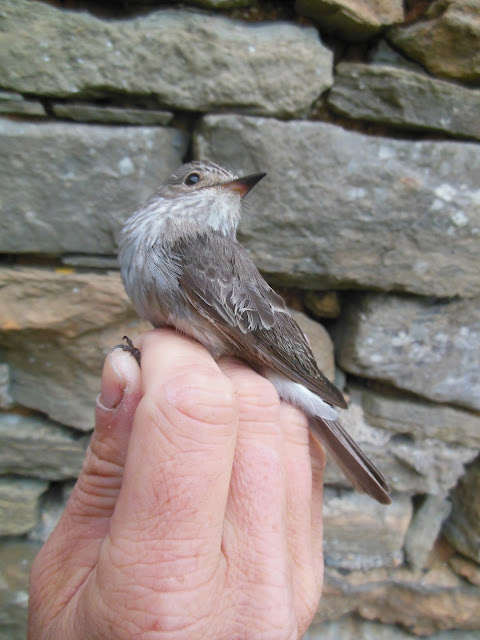 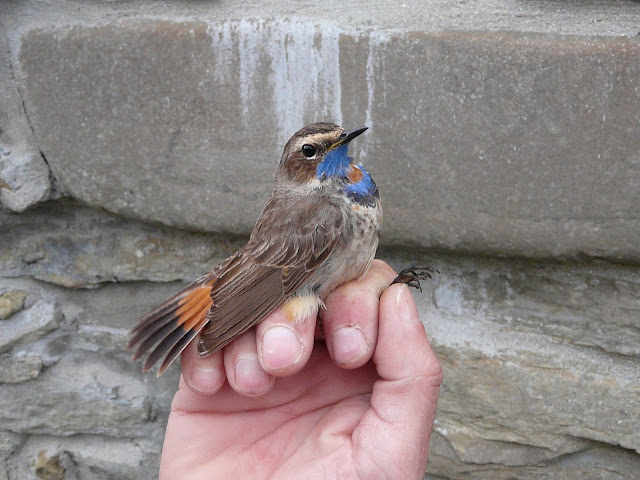 This Bluethroat was caught in the traps late on
Posted by northronbirdobs at 20:28