With redwings passing under clear skies during the night, there was an expected arrival with at least 204 present-although many cleared out during the day. The surprising highlight though was not from the east but from the west-a 1st W or moulting drake American Wigeon which spent the afternoon feeding in the rock-pools adjacent to Gretchen Loch. The count of 273 Wigeon was the largest for a while with their American cousin perhaps 'tagging a lift' with them while the Scaup was alos still present and 4 Long-tailed Ducks were off the north end. New passerines included a Yellow-browed Warbler in the Irises at Ancum Loch, 3 Lesser Whitethroats-included a halimodendri/blythi type trapped and ringed (we'll investigate this further), 4  'Siberian' type Chiffchaffs and 3 Greenfinches. There was also a late Swallow, Tree Pipit, 4 Fieldfares, 4 'regular' Chiffchaffs, 24 Goldcrests, 2 'north-western' Redpolls, 33 Snow Buntings and at least 3 Hen Harriers. 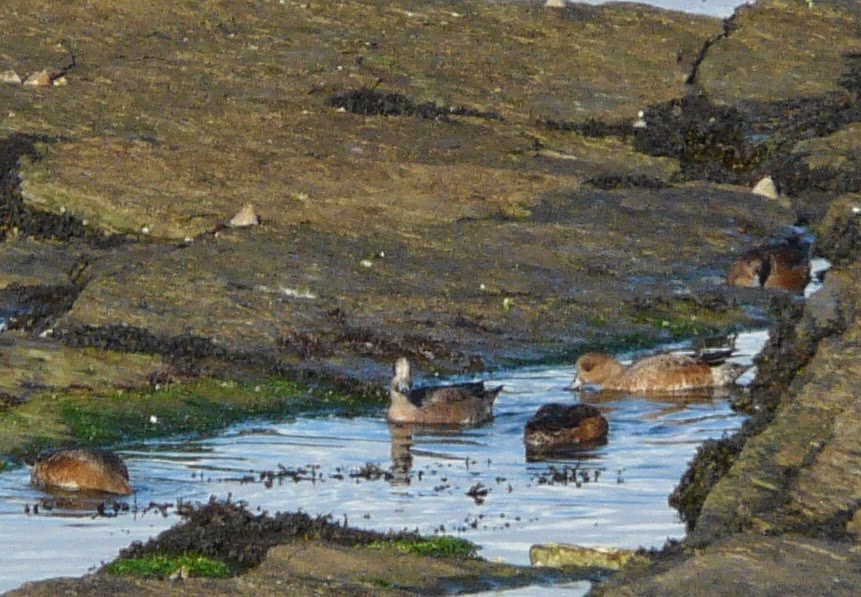 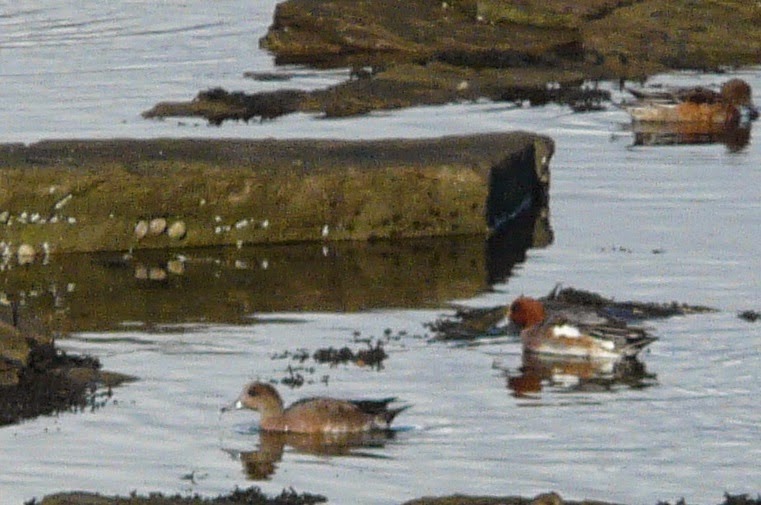