A strong southerly wind on 27th encouraged more Whooper Swans to get moving with 73 recorded across the day and also passing through south were a flock of 12 White-fronted Geese. A 2nd winter Iceland Gull was at the north end but the only passerines of note on another blustery day were 4 unspecified Redpolls at Holland. Better conditions on 28th in moderate south-westerlies after heavy rain overnight resulted in another widespread arrival of Redwings at dawn. A minimum of 1200 were noted across the half of the island which was checked and among them came the odd highlight. Most notable were a Richard's Pipit in fields near Kirbest, a Yellowhammer at Neven, and a single late Swallow and Wheatear while other passerines included 4 Blackcaps, 4 Goldcrests, the Tree Sparrow and 66 Snow Buntings. Wildfowl on the increase were 7 Pintails, 21 Shovelers and 271 Wigeon, a couple of Woodcocks were flushed and a juvenile Iceland Gull off the Bridesness coast. 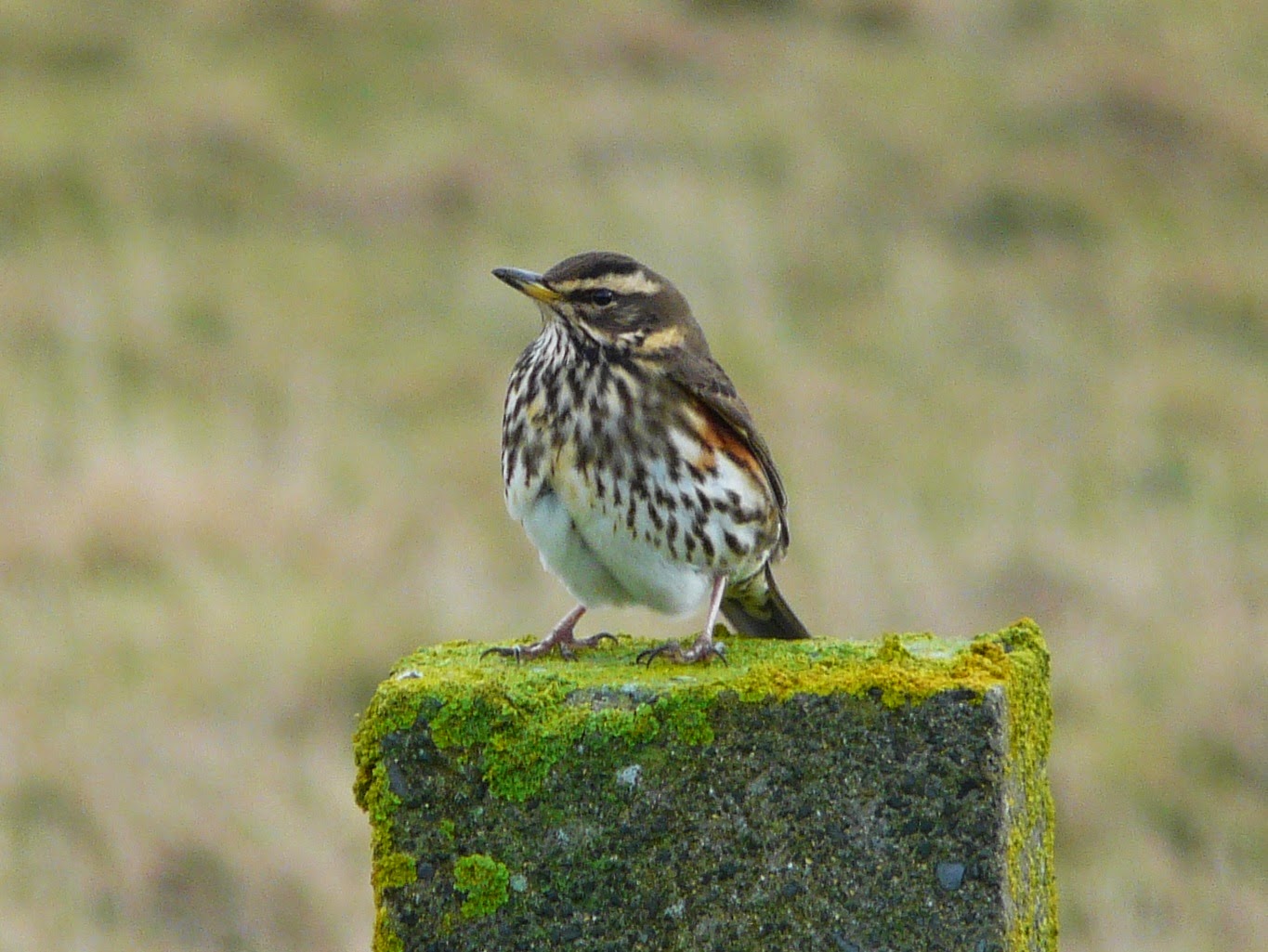 Redwing
﻿
Posted by northronbirdobs at 20:14