In stark contrast to nearby islands, we've been going through a quieter spell as birds continue to filter from the island and away south with just a few changes or newcomers every 24 hours. One such new bird was a Richard's Pipit found at Neven on 20th with the long-staying Gretchen individual again on 21st and both birds seen on a wild and windy 22nd. The male Northern Harrier has remained throughout as has at least one ring-tail Hen Harrier and the unseasonal Whimbrel. In lighter winds it was the first two dates which were the better for passerines with 3 Swallows, 5 Blackcaps, a Yellow-browed Warbler, Siberian Chiffchaff and a late Spotted Flycatcher on the 20th. This was followed the next day by counts of 6 Robins, 5 Wheatears, the best day for thrushes with 112 Redwings, 6 Fieldfares, 3 Song Thrushes and 21 Blackbirds, plus a Lesser Whitethroat, a new Siberian Chiffchaff trapped at the Obs, a Mealy Redpoll and 40 Snow Buntings. Swans, geese and wildfowl have passed through regularly including 8 Whooper Swans on 20th, 7 Barnacle Geese on 21st while migrating flocks of Greylag Geese have been witnessed coming in and out daily the highest total being 580 on the 22nd, on which date there was also a Pintail and the autumn high so far of 13 Gadwall. The best of the rest have been ones or twos of Merlin, Kestrel and Peregrine each day, the odd Jack Snipe and 2 Woodcocks and Black-tailed Godwits on the 21st. 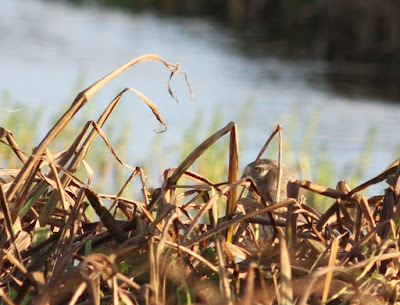 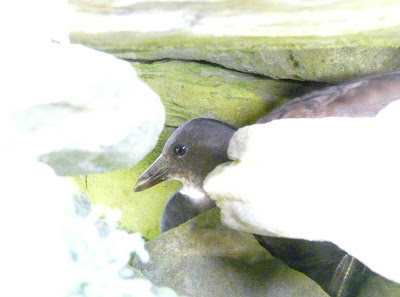