After a few hours reprieve in the morning, the rain was back and even wetter in the afternoon but at least the wind had subsided. There were a lot of birds on the island and full credit to the team and visiting birders for trying their hardest to find them during unpleasant, soaking conditions over the last 48 hours! Highlights were the male Northern Harrier, a Little Bunting showing well at Bewan and a Bluethroat nearby at Quoy Banks. Counts of migrant passerines (there will have been a lot more) came to 12 Robins, a Redstart, 3 Grey Wagtails, 38 Wheatears, 8 Ring Ouzels, 4 Fieldfares, 512 Redwings, 96 Song Thrushes, 2 Grasshopper Warblers (Haskie Thistles and near Kirbest-with the latter being the Locustella sp seen briefly there yesterday), a Lesser Whitethroat, Garden Warbler, 8 Blackcaps, 10 Yellow-browed Warblers, 8 Chiffchaffs, 79 Goldcrests, 4 Chaffinch and 14 Bramblings. A large gathering of Gulls on the links included an adult Glaucous Gull with the 660 Great-black-backed Gulls and 309 Herring Gulls there the highest gathering of 'big' Gulls so far this autumn. An impressive total of 31 Jack Snipes were flushed and there were also 7 Woodcocks and 342 Snipe. 12 Whooper Swans and 2 Pink-footed Geese remain while 129 Banacle Geese moved through south. The first 3 Long-tailed Ducks of autumn/winter were in Nouster Bay, there were 3 Sparrowhawks and 5 Kestrels present and singles of Long-eared Owl (Lighhouse again) and Short-eared Owl (Gue Park) concluded the days sightings. 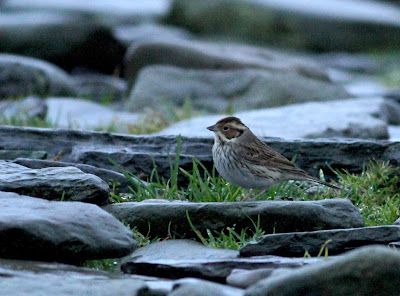 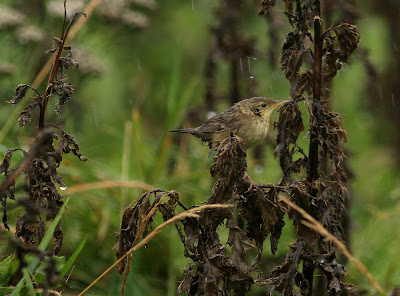 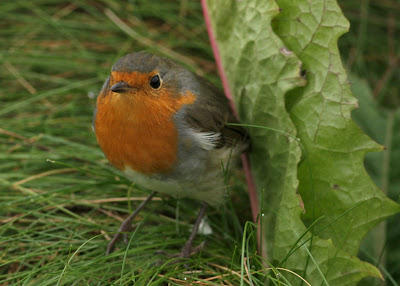