A very cold couple of days hasn't seen much change in the birds but it's hardly a surprise considering it's January. Good counts of Pintail and Gadwall were present on Bewan posting 26 and 15 respectively, The Green-winged Teal remained on Gretchen with 21 Eurasian Teal, a collated 31 Tufted Duck were on Bewan, Garso, Hooking and Brides and the drake Pochard was back on Brides with 2 Little Grebe. Greylags have of course been the goose of choice (or not) with over 300 on the island, the only goose that wasn't a Greylag was a Pink-footed Goose below the school. Away from Wildfowl the Gull flock on Bewan contained a rather scruffy 1st Winter Glaucous Gull that seemed to be commuting between Bewan and the Seal Skerry. The Twite flock in the Funny Park was still holding 3 Chaffinch but had been joined by a rather smart male Redpoll. A couple of Hen Harriers were seen bombing around the island but otherwise it was very much business as usual! 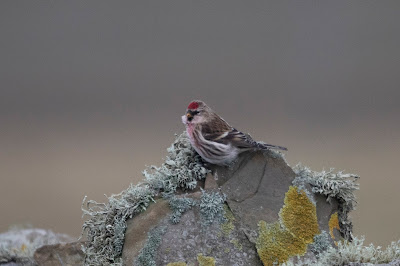 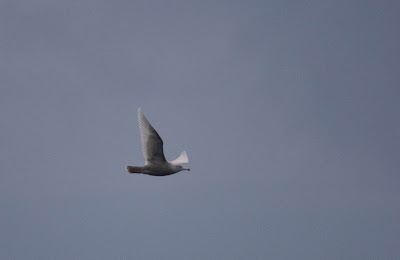 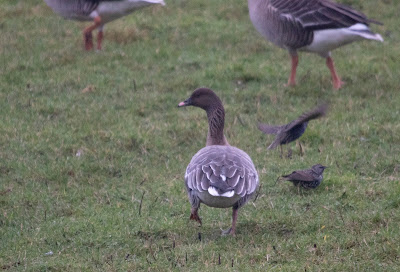