Here we go.... The day started off pretty well with the first mini arrival of Redwings in Holland gardens and a few Bramblings, Pipits and Larks flying south. Upon returning to the Obs it would be fair to say it 'kicked off' as North Ron scored with not one but two rarities within about half an hour. First the fourth island record of Pechora Pipit was picked up on call and then watched for almost a minute flying around the track before departing to the east for what could easily have been a mile much to the observers distress! Although the views were brief, the under-parts were seen well and the bird called constantly so there is some hope of acceptance if we can't find it again. Just while gathering the search party Kitty Mermagen walked in with news an unusual Thrush, calmly checked the Collins guide before declaring she'd seen "an EYEBROWED THRUSH!!!!" Err... what do you do with that except sprint out the door. 10 minutes later the whole team was enjoying the most stunning adult male Eyebrowed Thrush just meters from the Observatory. Census pretty much went out the window, but aside from time with the thrush a 3 hour scramble around the south of the island in search of the Pipit turned up 8 Yellow-browed Warblers, 54 Bramblings, 2 Siskins, Tree Sparrow, 16 Song Thrush, 88 Redwings and a Sand Martin. A Brent Goose on Trolla Vatn was another fine addition to the days tally, and there were now 2 Woodpigeons, 3 Jack Snipe were flushed, the Lesser-black backed Gull seen again and 11 Sooty Shearwaters the highlight from a sea-watch. 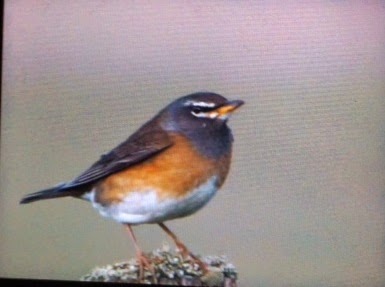 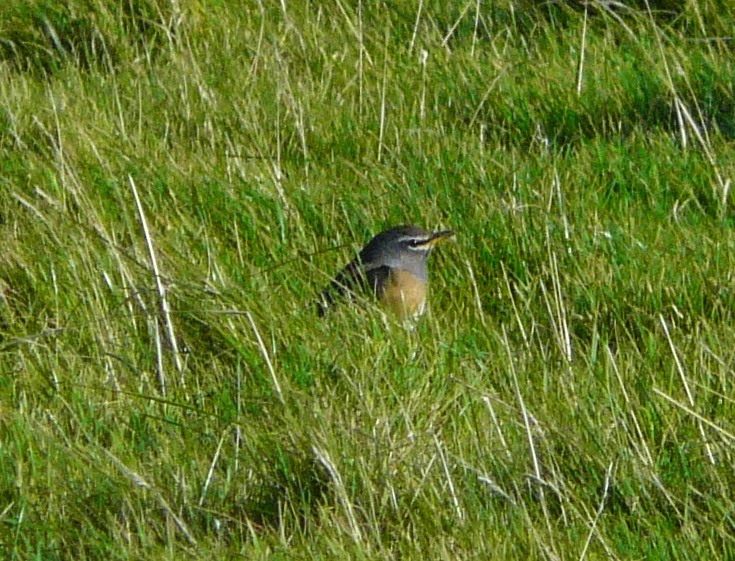 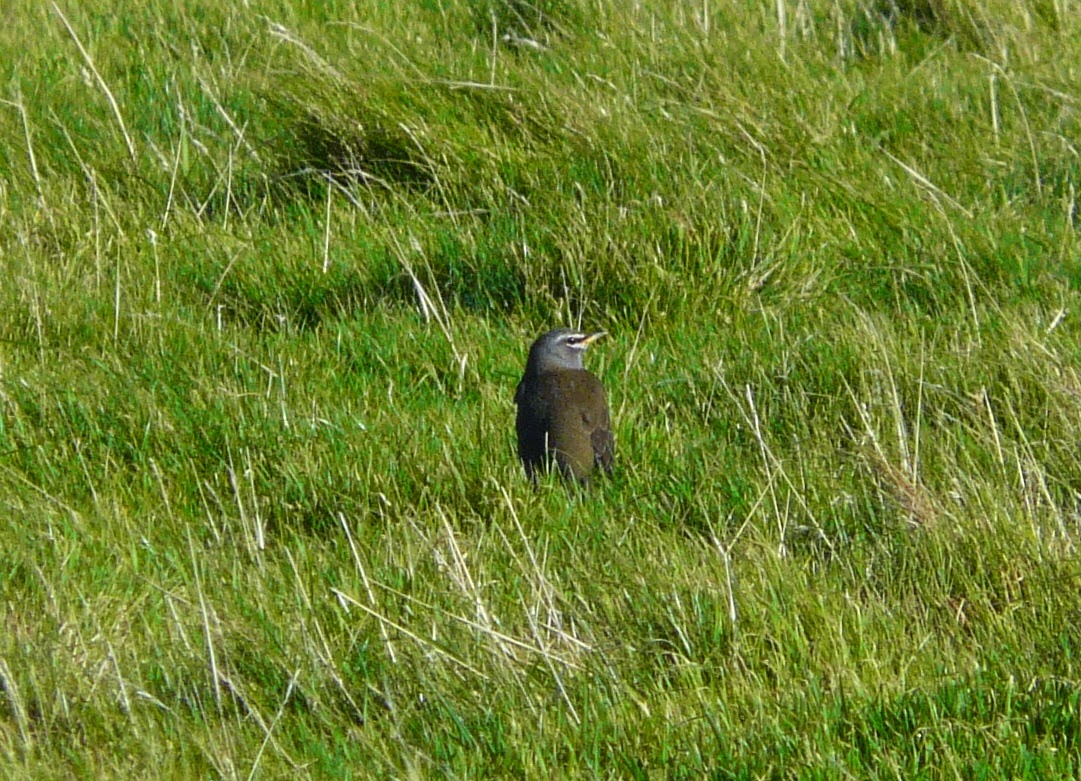 Wow! Kev, that is an amazing shot. Well done, sir.

Wonderful photo Kevin, and thank you for running after us, we won't forget our stay at the Observatory!