A few showers didn't spoil another largely sunny day when a smart juvenile Rose-coloured Starling was a fantastic highlight, found just after midday at Lurand near the observatory. Associating with a flock of 30 or so Starlings, it didn't take long for the bird to find it's way into the crow trap, where this 7th for the island became the 1st to be ringed here. Other passerines were mainly lingering birds, with a  Barred Warbler and 2 Common Rosefinches at Holland House although there were 2 new Blackcaps there. A 2 hour sea-watch in the morning yielded 15 Sooty and 3 Manx Shearwaters and 503 unidentified Auk sp. was their first notable count. A male Merlin replaced yesterday's female and there were now 6 Little Stints and 3 Whimbrel flew south. 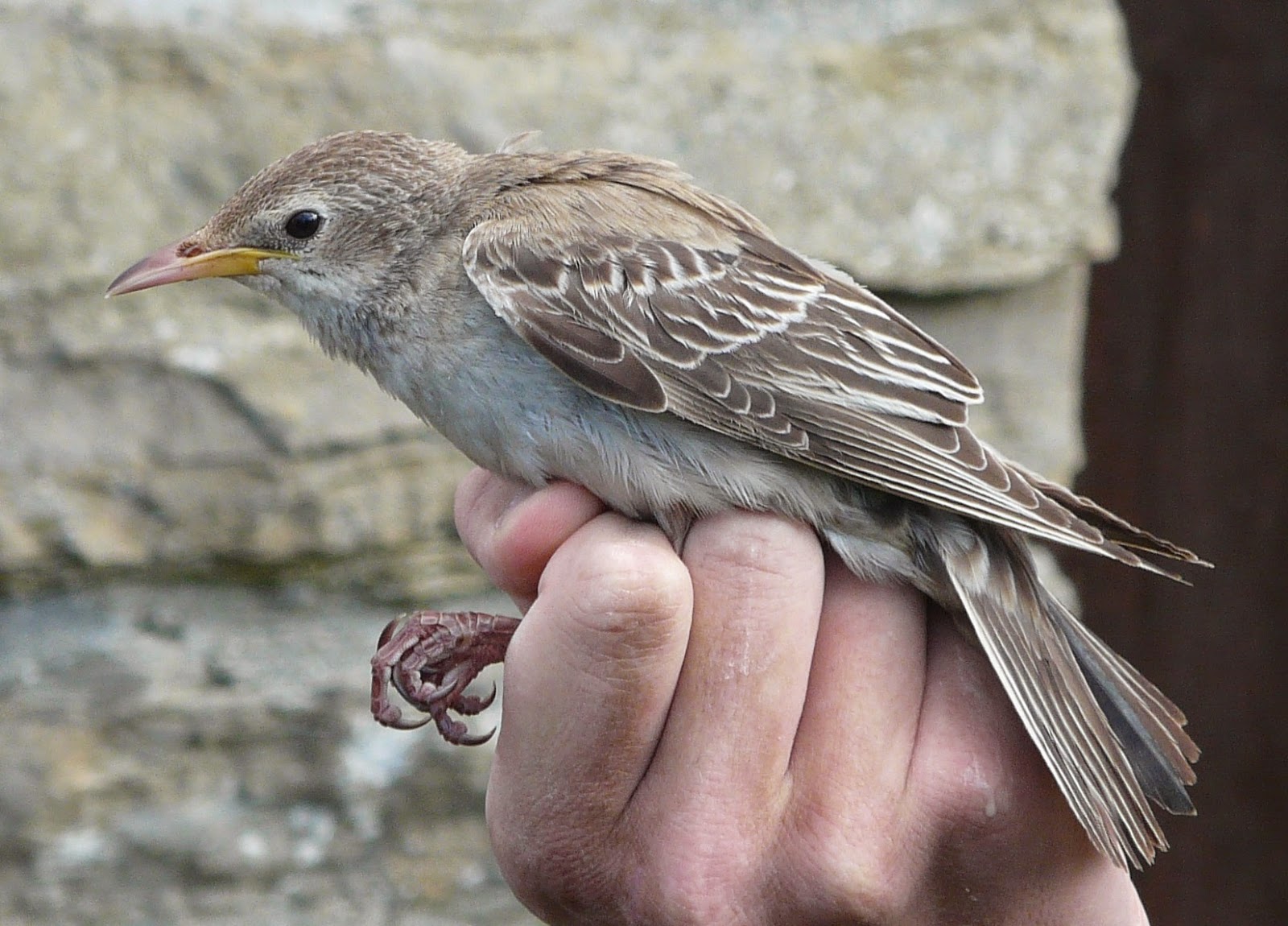 Rose-coloured Starling
﻿
Posted by northronbirdobs at 22:03