Super calm through the day again but the merest hint of a breeze now came from the NW which should have meant the fog disappeared but it was so light that it was still lingering nearby, sometimes encroaching on the island; there were limited new birds through the day with the highlights all being long-staying birds including the Eastern Subalpine Warbler still at the Obs, the male Common Rosefinch trapped at Holland in the evening and the Wood Warbler still at Ancum Willows. 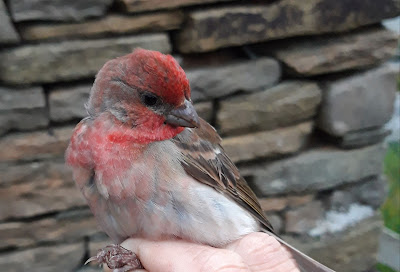