Gorgeous, warm, calm and sunny again on the 12th with a light westerly breeze and most of our focus went on to the breeding Black Guillemots and Arctic Terns, both of which have some large chicks now (although the Tern chicks are few and far between) so there was little time to look around through the day.   The main event was the now 5 Red-necked Phalaropes bobbing around on Gretchen (one shy of the island record count!) while other waders comprised 3 Knot, 16 Sanderling, the Black-tailed Godwit again, 15 Bar-tailed Godwits, 2 Whimbrel and 110 Turnstone.


Overnight ringing then produced 20 Storm Petrels caught on the coast near the Obs along with a new Leach’s Petrel also trapped. 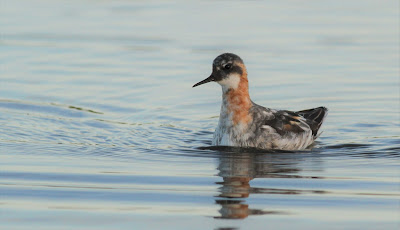 The fine weather continued on the 13th although the light breeze had swung round into the east; an unseasonal Grey Wagtail in Nouster continued on from the excellent spring we had for this, not quite annual migrant while a single Swift, 13 Sand Martins and 3 Collared Doves were also on the land.   The 5 Red-necked Phalaropes lingered on Gretchen, as did the Black-throated Diver in Nouster with other counts in the cut fields and on the beaches comprising 2 Herons, 197 Oystercatchers, 508 Golden Plovers, 45 Sanderling, 76 Dunlin, 81 Redshank and 250+ Common Gulls while at least 650 Puffins rafting offshore was also noteworthy.


There was some interesting breeding news as two fresh juvenile Garganey appeared, flying round Hooking – the female has been seen sporadically through the summer and her sneaky ways have obviously paid off!   Five juvenile Shoveler on Gretchen probably came from the island with younger broods of 5 and 2 seen on Brides also encouraging and the first Arctic Tern chick was now flying round The Links – unfortunately, it looks it will be one of the few this year.


More overnight ringing then produced another 25 Storm Petrels and more interestingly another 3 Leach’s Petrels – already a fantastic year for these hefty, cackling Petrels and we’re hardly into the season yet! 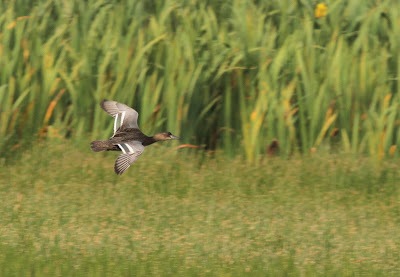 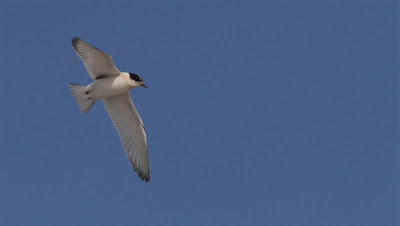 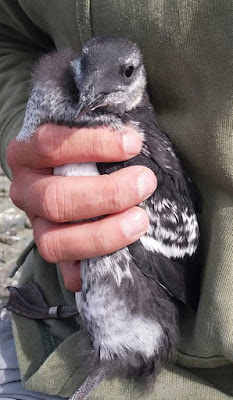 Some big Black Guillemot chicks are in the rocks now,  photos Simon Davies