A stunning day on the 4th, flat calm, warm and sunny, perhaps summer is finally here; 2 Red-necked Phalaropes remained on Gretchen while other wader counts included 368 Golden Plover and 38 Bar-tailed Godwits.   Offshore, the Black-throated Diver was again in Nouster along with 3 Red-throated and a Great-northern Diver, a single Red-breasted Merganser, 2 Manx Shearwaters, a Storm Petrel and a Sandwich Tern were seen.   5 Risso's Dolphins were also seen heading south off Torness which including a distinctive, almost white individual.


On the land an excellent count of 46 Sand Martins were swooping around Ancum and was more than double the previous high count for the island (returning migrants plus the little breeding population), a Chiffchaff was in Holland and a Heron was stalking the lochs. 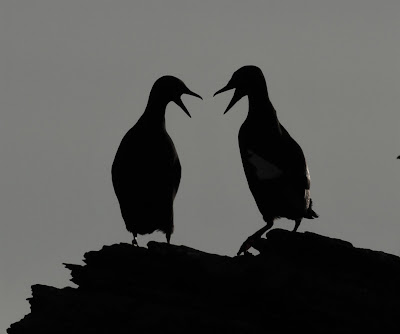 With a glorious, flat calm morning we concentrated on mist-netting some Black Guillemots and monitoring the Arctic Tern colonies on the 5th so coverage was slightly reduced but there were now 4 Red-necked Phalaropes on Gretchen including two which were seen to come in off the sea along with 190 Golden Plover, 22 Knot, 37 Dunlin, 17 Bar-tailed Godwits, a Whimbrel and 32 Redshank while a Sandwich Tern was still in Nouster and a Manx Shearwater and 3 Red-throated Divers were offshore.


The Arctic Terns around the island are having a poor year as visits to all the colonies, which should be at early / mid chick stage have revealed that there are only three sites where birds are still going (Gretchen, Trinley and North Links) although previously failed individuals are swelling numbers with second attempts at these sites and there were some decent sized chicks running around, especially at North Links. 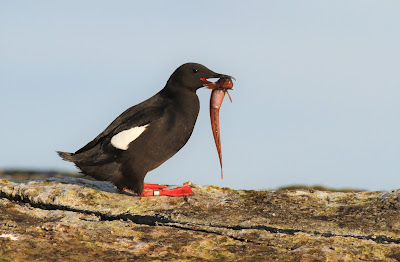 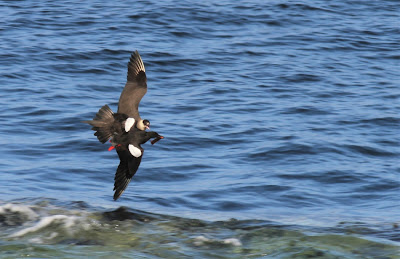 But have to deal with constant Arctic Skua attacks 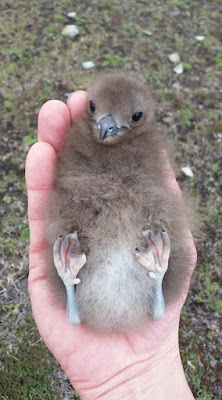 who have their own chicks to feed!   photos Simon Davies