Another nice day on the 14th apart from the freshening westerly breeze but due to late night Storm Petrel ringing and mist-netting adult Black Guillemots during the day coverage was slightly reduced; the nets at Holland first thing produced a surprise juvenile Robin (there hasn’t been a Robin seen on the island for over a month and I’m not even going to speculate where it’s come from!).


Other birds of note included the Black-throated Diver still in the bay, at least 2 Red-necked Phalaropes still on Gretchen and one of the over-summering Chiffchaffs still. 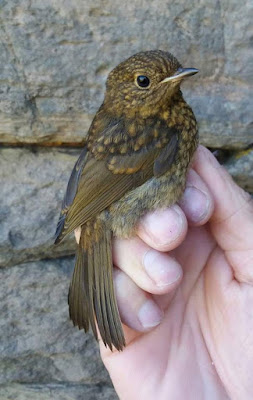 Heavy, persistent rain that arrived in the morning of the 15th and lasted for most of the day formed another excuse for reduced coverage of the island but we were glad for a little break from the fine weather giving us a rest from the breeding bird work and letting us undertake some indoor work for a change!


The first Green Sandpiper of the autumn (and only the second of the year) was flying round Ancum Loch where there were also 2 Red-necked Phalaropes – the first time this year that they have been seen away from Gretchen (where there were still three present) and given the turnover of birds its anyone’s guess whether they represent new passage individuals or are part of the recent flock of five.   There were large numbers of birds roosting and feeding in the cut grass fields around the centre of the island which included 235 Oystercatchers, 600 Golden Plover, 120 Lapwings, 16 Bar-tailed Godwits and 65 Curlew.


A bit of a surprise late in the evening was the reappearance of the adult summer White-winged Black Tern in amongst 3,000+ Arctic Terns on the rocks near the dwindling colony at Iris Taing – it was a real sense of Déjà vu, with the bird just showing briefly to one (the same!) observer who was out late at night before disappearing before anyone else could catch up with it!   Also seen as we were out chasing Terns was a decent roost of 60+ Pied Wagtails at Ancum. 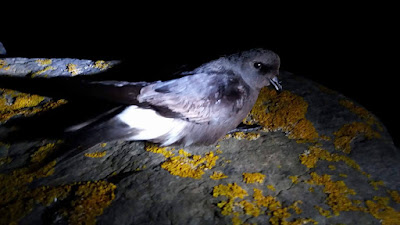 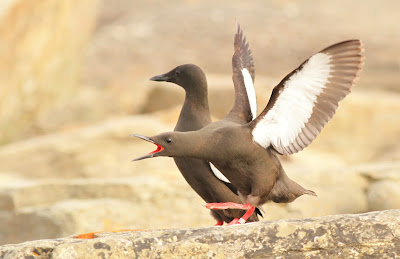 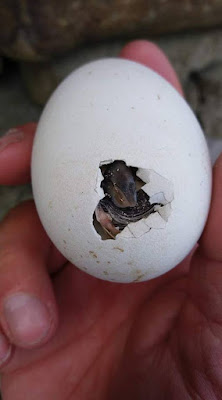