A glorious change in the weather to extremely light winds which swung round into the east and plenty of bright sunshine but it was still very cold!   There were not massive numbers of migrants across the island but there were a few highlights to be had through the day including a Bluethroat near the South Links, lingering Yellow Wagtail and Whinchat, a Siberian Chiffchaff trapped at Ancum and a big, pale Redpoll sp. seen near T5 but not quite well enough to confirm it as a Hornemann’s Arctic Redpoll.


A busy hour’s seawatch at first light produced 3,329 Fulmars, 8 Little Auks (plus another which flew down the centre of the island later in the day) and 2 Puffins while other birds of note comprised 3 Red-throated Divers, 5 Great-northern Divers, 6 Herons, 2 Whooper Swans, an increase to 975 Greylag Geese, 2 Barnacle Geese, 192 Wigeon, the Green-winged Teal still, 7 Pintail, 12 Long-tailed Ducks, 2 Common Scoter and 4 Red-breasted Mergansers. 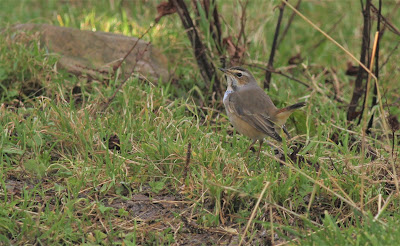 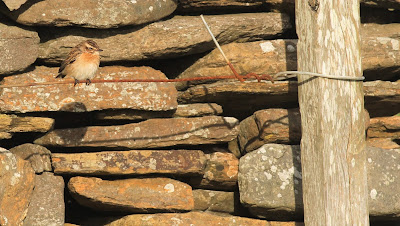 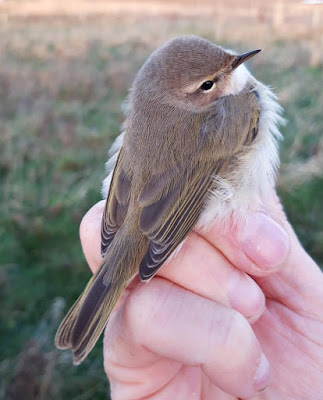