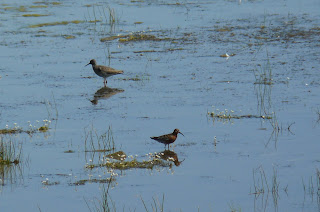 A Spotted Flycatcher and a Chiffchaff were seen on the 27th. Two Crossbills wereseen on the 28th. The 29th produced a fine summer plumaged Curlew Sandpiper on Gretchen where the following day it was replaced by a Pectoral Sandpiper. 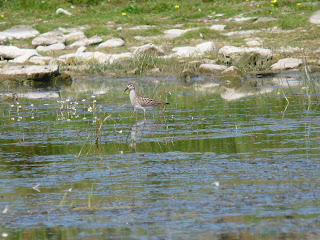 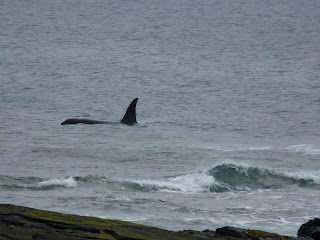 A Spotted Flycatcher was seen on the 24th. A sea-watch on the 25th produced 11 Manx Shearwater and the first Storm Petrel of the year, a Curlew Sandpiper was on Trolla Vatn and two Killer Whales were cruising the north end. In the afternoon the Tawny Pipit was relocated around airfield and it was seen there all day on the 26th on which day the Golden Plover flock had increased to 89.
Posted by northronbirdobs at 16:00 No comments: 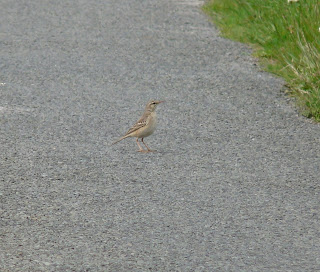 Six Golden Plover on the 22nd were the only birds of any vague intrest on that date. The next day was following the same pattern with two Whimbrel at the north end of the island being the only half descent sighting until Pete Donnelly rang me to say he had what he believed to be a TAWNY PIPIT. To cut a long story short Iwas soon joining him and sure enough we were looking at a Tawny Pipit, a first for the island and the 4th for Orkney if one from the mainland last year is accepted by SBRC. 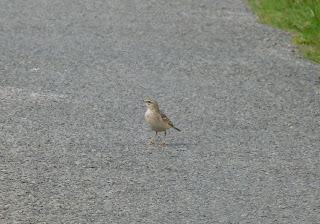 .
Posted by northronbirdobs at 13:41 No comments:

Still not much to report, a summering Chiffchaff has been hanging around Holland House gardens and small numbers of returning waders are starting to appear. The first sea-watch of the year on the 21st produced 200 Fulmar and 13 Manx Shearwater in a hour. Other than birds the Blue-tailed Damselflies that were first discovered last year are still around Garso loch and the first Small Tortoiseshell were seen on the 21st. 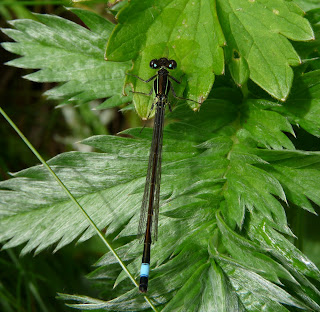 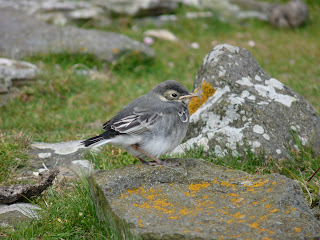 Still not much to report, a Peregrine was seen on the 13th along with a Spotted Flycatcher which was also seen on the 17th. A Whimbrel was present on the 16th and the following day unseasonal Siskin and Redwing were seen, the Redwing also being seen the next day. On the 18th 13 Golden Plover were the first returning birds.
Posted by northronbirdobs at 11:42 No comments:

Nothing to report of any intrest on the 9th. On the 10th a Spotted Flycatcher was hanging around Holland House gardens and a surprise of two late Sparrowhawks were seen there in the afternoon. The 11th produced a new Willow Warbler at Holland, a Greenshank and a Wood Sandpiper at Ancum and a Redwing was singing its heart out near North Manse.
Posted by northronbirdobs at 12:57 No comments: 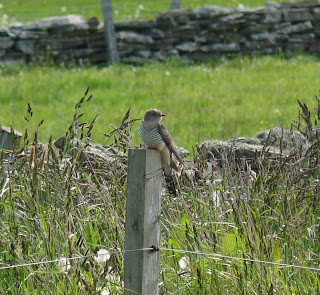 Things are still very quiet despite the south-east winds. Four Spotted Flycatchers on the 4th is the highest count of the spring while the following day a Kestrel and aChiffchaff were seen. A Willow Warbler on the 6th was new and 2 Crossbill and a Cuckoo were seen on the 7th with the Cuckoo being seen on the 8th also.
Posted by northronbirdobs at 16:31 No comments: 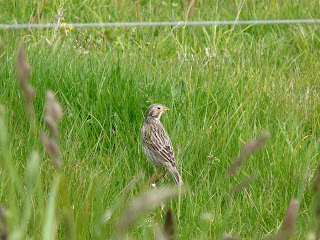 At last a few migrants today that included; a Sparrowhawk, our first Turtle Dove and Garden Warbler of the year, a Crossbill and best of all a Corn Bunting which is only the third record in the last 25 years. 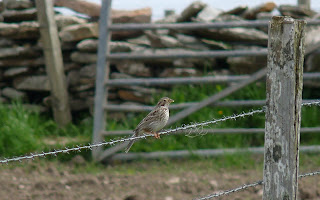 Posted by northronbirdobs at 16:54 No comments: