The most notable bird of the end of July was an adult Roseate Tern on Nouster on the 28th, the 8th record of this species on the island. Arctic Tern numbers have risen considerably, with 4254 on the 28th the highest count. Good numbers of waders are about, with 11 Whimbrel on the 27th, 86 Dunlin and 904 Golden Plover on the 28th, and 273 Turnstone, 122 Sanderling, and 101 Redshank on the 29th.  A Little Stint was at Gretchen on the 28th and a Wood Sandpiper was seen alongside 2 Ruff near the Old Kirk on the 31st. Storm Petrel ringing at Bewan continues to be very productive with 320 birds caught over two nights, including a Portuguese ringed bird in the last net round on the 27th. 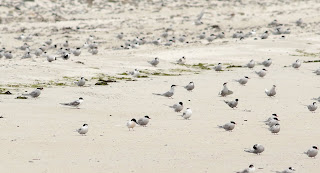 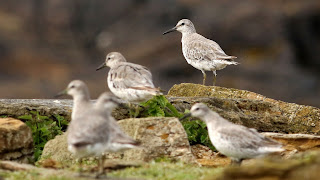 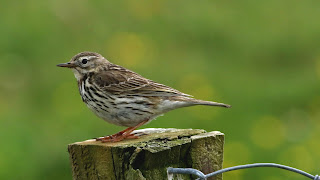 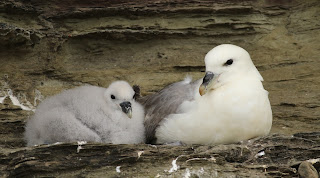 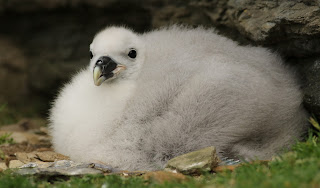 Posted by northronbirdobs at 22:51 No comments:

Numbers of waders continue to increase with 864 Golden Plovers counted on the 20th and 13 Purple Sandpipers on the 25th. The first Green Sandpiper of the year flew over West Beach on the 18th and another was on Gretchen on the 20th. An adult Little Stint on Gretchen on the 23rd and 25th was another first for the year. A Curlew Sandpiper was at Bewan on the 16th and another at the same site on the 25th, and a Greenshank was seen on the 24th. A Great Shearwater was seen from the seawatch hide on the 22nd and the first 3 Sooty Shearwaters of the year were sighted at the same place on the 25th.  7 Swift were seen at Holland on the 19th.  Black Guillemot chicks continue to be ringed, with this year’s total of 167 beating the all-time record of 138 set last year. The 23rd saw a fantastic night of ringing at Bewan, with nets set for both Storm Petrels and Arctic Terns resulting in 343 birds trapped, 200 petrels, 138 terns and a few waders. The next night 90 more terns were caught, including an Estonian ringed adult. 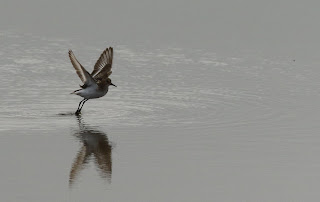 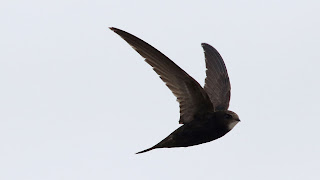 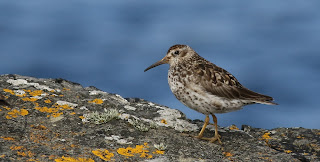 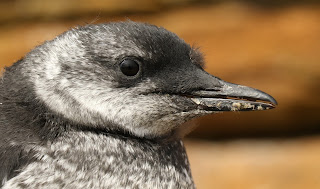 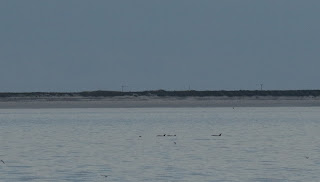 A pod of at least a dozen White-sided Dolphins were seen well from the Obs during dinner on the 22nd. Although perhaps not as exciting to the observers who initially thought they were Orcas, they are in fact a much rarer sight here (photo Carmen Azahara)
Posted by northronbirdobs at 23:35 No comments:

Waders were the main birds of interest in the first half of July, with a Red-necked Phalarope seen on Gretchen on the 3rd alongside the first Curlew Sandpiper of the year. Another 3 phalaropes were on Gretchen on the 10th, which increased to 4 on the 11th and 12th.  Bar-tailed Godwit numbers remain unusually high on Gretchen with 87 counted on the 5th. Other wader numbers are rising with 63 Knot and 62 Dunlin recorded on the 14th, 7 Purple Sandpipers on the 11th and 400 Golden Plover on the 15th.  Stragglers of spring migration included a Chiffchaff and Sand Martin both at Holland on the 2nd. A Short-eared Owl was at Sandar on the 5th. The main effort at the moment continues to be focused on ringing, with 100 Black Guillemot chicks so far and the final Arctic Tern chick total 212 birds. A productive 3 nights of Storm Petrel ringing at Bewan saw 430 birds netted, including a retrap Leach’s Petrel ringed here last year. 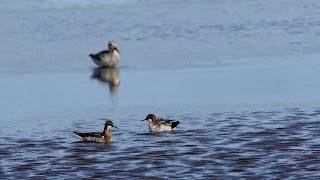 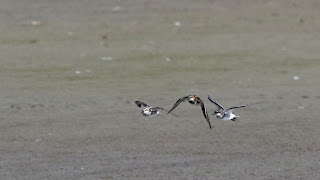 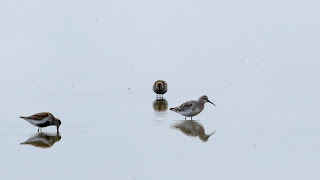 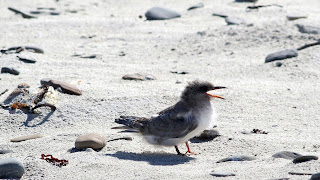 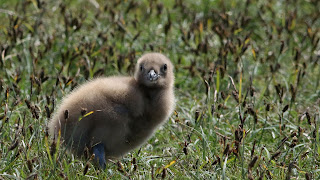