The last 13 days have mostly been dominated by wind, several days of 50+mph winds have made birding a bit of chore, however while the rest of the country was being battered by storm Eunice we had one of the best days of the winter and a pseudo-Spring day.

As mentioned the birding hasn't been mindblowing but there have been highlights. Another Glaucous Gull was present on 10th at Bewan but we're still without an Iceland Gull despite them being on neighbouring islands. The 11th saw the first arrival of Linnets with 23 around the Lurand pallet garden and the flock has steadily grown to about 35 birds, another 12 around Cursitter on 14th means they're firmly back on the island already! A Grey Plover was on the coast between Scottigar and Bewan on 12th but predictably flushed and hasn't been seen since. The first Woodpigeon of the year burst out of the Sycamores at Holland on 16th. Finally a small flock Snow Buntings was at Bewan on 18th while two birds flew over the Farmhouse at Holland.

The flock of Fieldfare around Cauldhaim is still present and seems to have pulled in birds from elsewhere on the island and was up to 37 on 20th. At least 5 Robins have survived the winter too with singles at Westness, Ancum, Putrabreck, The Bothy and the Obs track. Wildfowl numbers also remain similar but a slight increase in Tufted Duck saw a count of 18 on 18th from Brides and Bewan combined. Away from avian highlights Otter tracks were spotted on the beach at Linklet on 17th but nobody’s seen the culprit yet!

The first Iceland Gulls of the year finally fell on the 23rd and 24th with a sub-adult at Sjaever and a 1st Winter near Howar respectively. The 24th also gave us our first Rook at Garso and an early Lesser Black-backed Gull feeding on carrion near the school. A flock of 46 Twite were at Snettan on 25th but otherwise the signs of Spring seem to appearing on the occasions the wind speed drops below 40mph! 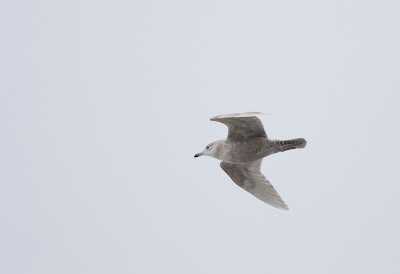 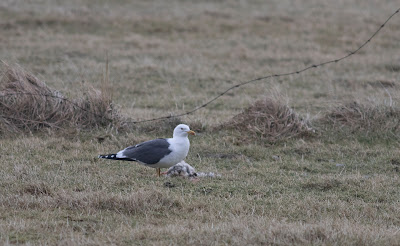 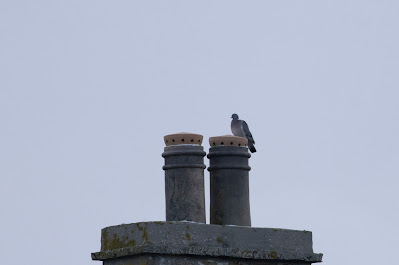 Posted by northronbirdobs at 10:12 4 comments:

It's been a very windy start to 2022 and with staff not present from the get go the numbers have been few and far between but I'm sure we can cobble enough sightings together for a worthwhile read!

The first notable sighting of the year was a 1w Glaucous Gull on Gretchen on the 7th Jan, the big absentee from the loch however has been the usual Green-winged Teal, having spent the best part of a decade on the island it appears he's either moved on or passed on.

The island has played host to a good number of Thrushes over the winter and Fieldfare numbers have been especially high with 30-40 birds around Cauldhaim and a further 20 or so between Holland and the obs. While Redwing seem to be more widespread throughout the island in smaller flocks.

A pair (not really, obviously) of 1w Glaucous Gulls have been hanging around the North end of the island although to have departed now.

A group of unseasonal Black-tailed Godwits have also been hanging around with numbers climbing up as high as 10 on 4th February at Ancum, but a flock of 9 were seen in mid-January and a single bird at Breckan was followed by 6 at the school in late January.

Otherwise its been pretty much business as usual with good wildfowl numbers on most of the lochs and a lot of time taken up with finishing off 2021's jobs like the ringing data and the Bird Report, we should have updates on the latter and new staff in the very near future so keep an eye out for that! 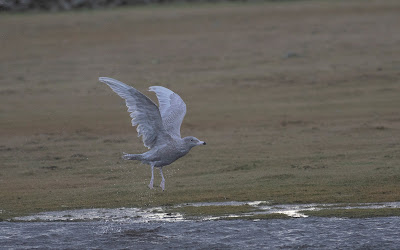 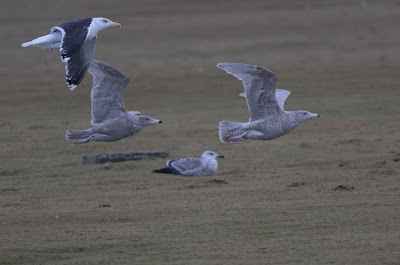 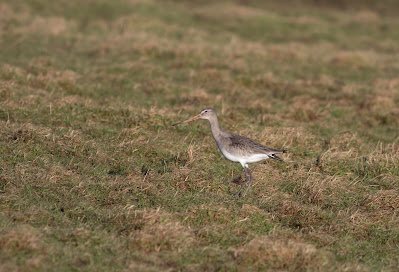 Posted by northronbirdobs at 17:49 2 comments: