More wet and windy weather but it has become distinctly colder now the wind has switched to the north. The 28th was a day indoors, but familiar highlights from the rest of the period were the Green-winged Teal at Bridesness, a Tundra Bean Goose near Hooking (both 29th) and the lingering Glaucous Gull has found a dead Seal at Nouster (30th-31st) with a second juvenile at the Lighthouse (31st). A group of 4 Mute Swans on Garso Loch (31st) were new for the year while the 3 Whooper Swans, 2 Pink-footed and 7 Barnacle Geese all remain. A large flock of 115 Snow Buntings at the south end (30th) was notable, with a few others seen elsewhere, while 16 Fieldfares near Holland (30th) may have included some new birds and the Chaffinch soldiers on at the Observatory.
Posted by northronbirdobs at 16:25 No comments:

A bit more 'white-winger' action on 24th with 3 Glaucous Gulls (2 juveniles and a 2nd winter) at Bridesness and all were thought different to the lingering bird of last week. Also on 24th, the Green-winged Teal was on Gretchen (and again on 26th), 2 Tundra Bean Geese were at Hooking and the Grey Plover was still in fields at Viggay. A surprise highlight on 25th was a male Brambling found feeding on seed put out for Snow Buntings at the entrance of the new heligoland trap and it was quickly caught and ringed soon after. 10 minutes of birding that same afternoon saw a 3rd winter Iceland Gull and a juvenile Glaucous Gull fly south past Gretchen-the latter was considered to be the bird last seen feeding on dead things on 22nd and it along with another juvenile (the 5th individual of the period) were on Torness together on 26th. There was also a Tundra Bean Goose (at least 3 individuals are present on the island) at Westness that day while a Pochard at Bridesness on 27th was new for the year. 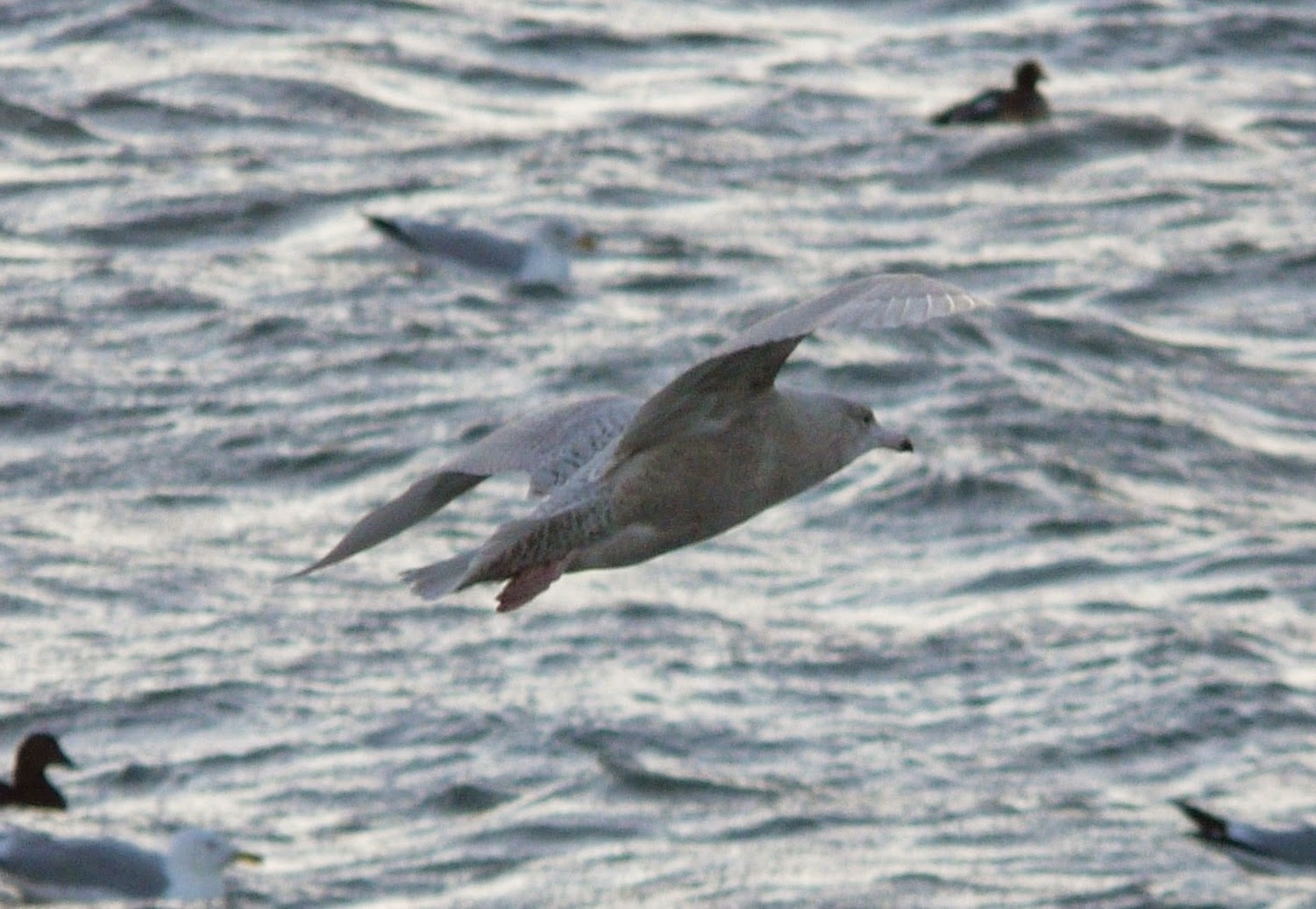 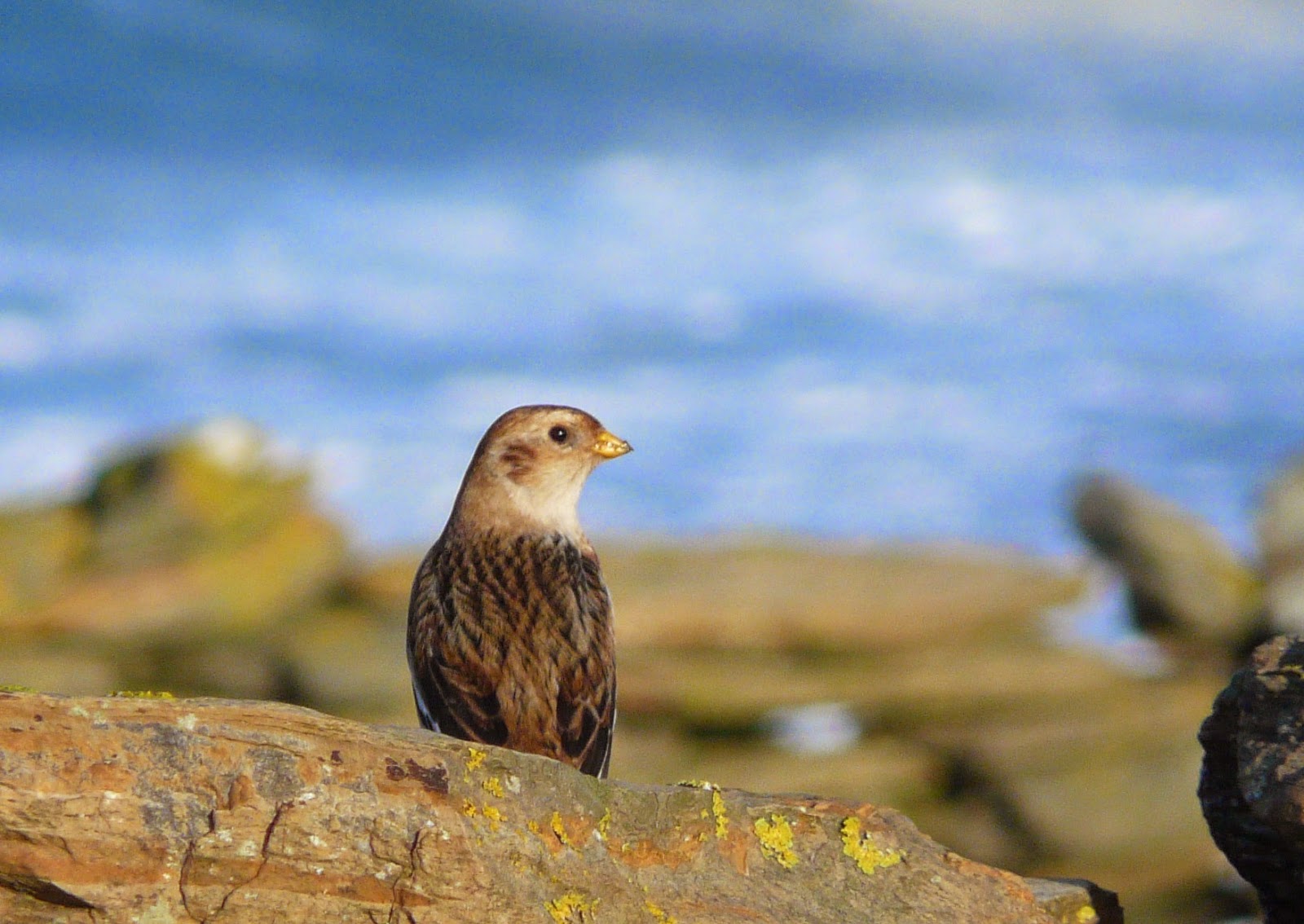 Snow Bunting
﻿
Posted by northronbirdobs at 16:36 No comments:

Little change the last few days, but perhaps some rougher weather forecast for next week will shake things up a bit. The Glaucaus Gull was still at Kirbest on 20th while an unseasonal Lesser black-backed Gull was at Bridesness on 21st. A Tundra Bean Goose near the school on 22nd may well have been last week's bird and the Green-winged Teal was noted on Gretchen Locha again on 23rd. The best of the rest were 3 Linnets with the Chaffinch at the Observatory and a Woodcock on 21st, with the 7 Barnacle Geese, 2 Pink-footed Geese and a Shelduck present throughout. 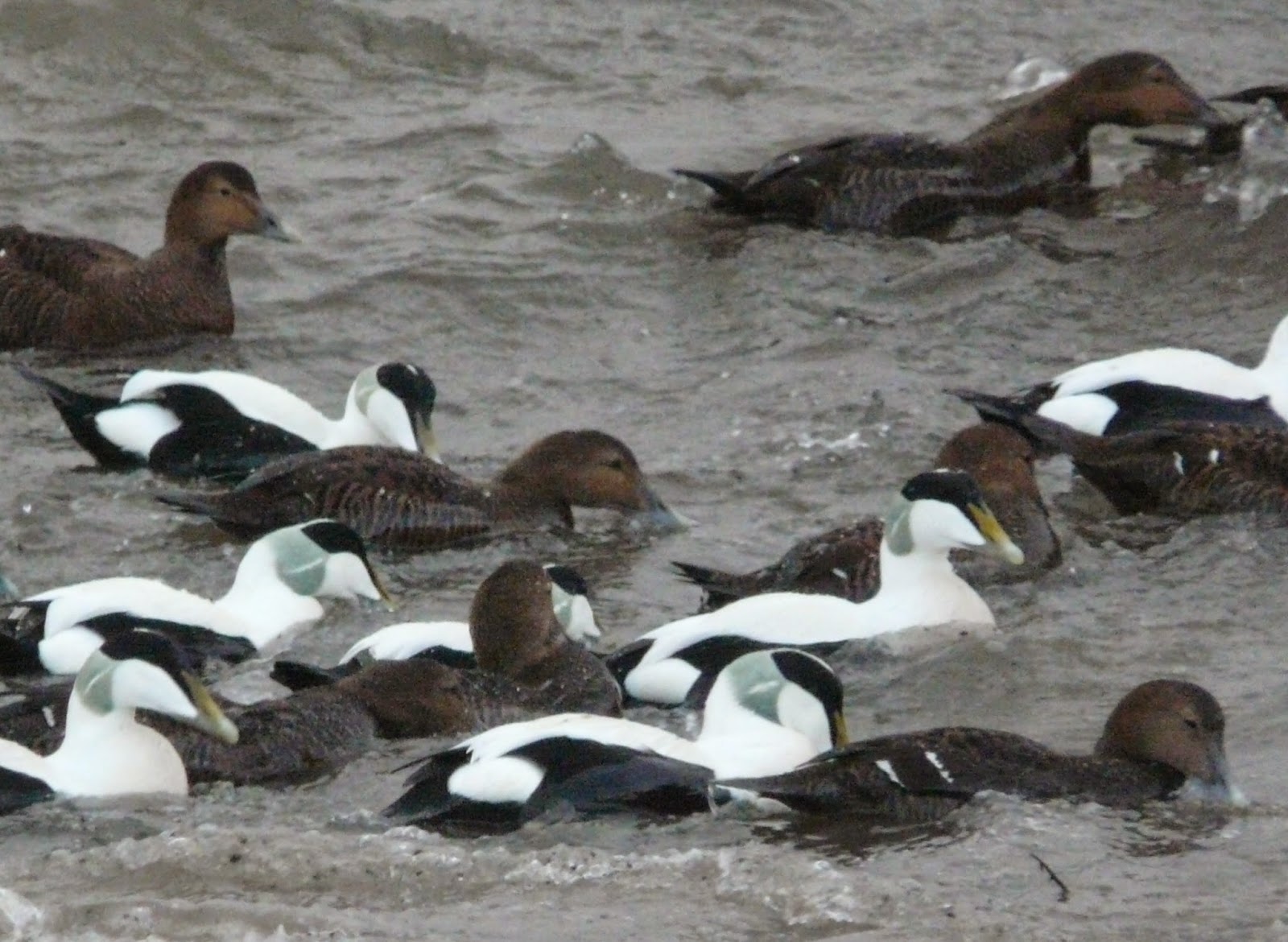 Posted by northronbirdobs at 21:38 No comments:

Time will tell but checks of most of the island have shown that many of the last years late highlights appeared to have moved on. Just the 1 Tundra Bean Goose has been found so far (at Lochend on 19th), with just a single Pink-footed Goose (18th-19th), the 7 Banacle Geese and the Greenland White-fronted Goose remaining. The Green-winged Teal was on Gretchen Loch again (18th) and what looks like the same Glaucous Gull was near Kirbest (19th). While numbers of wintering Redwing and Fieldfares seem to be lower than usual there are plenty more Blackbirds and Robins than in recent years. The Chaffinch was joined by a Linnet at the Observatory and there are likely 100 each of Snow Bunting and Twite spread about the Isle, but the passerine highlight by far was a presumed wintering Black Redstart at Senness (19th).
Posted by northronbirdobs at 21:03 No comments:

The first day back in the field of 2015 was a blustery affair, with a strong southerly wind making for difficult birding (but we're used to that!). Leftovers from last year included the drake Green-winged Teal in flooded fields near Gretchen and the juvenile Greenland White-fronted Goose still near the school. Considering the conditions there were relatively few Gulls than expected but a 1st winter Glaucous Gull was in fields at Hooking and a storm driven Little Gull fed in the swell off Bridesness. There were also 2 Black-tailed Godwits at the latter site, registering the species third consecutive year wintering on the island while a Grey Plover in fields with a flock of Golden Plovers was odd. At least 2 Hen Harriers were seen while passerines were limited to the occasional Thrush, 40 Twite, 54 Snow Buntings and a lingering Chaffinch. 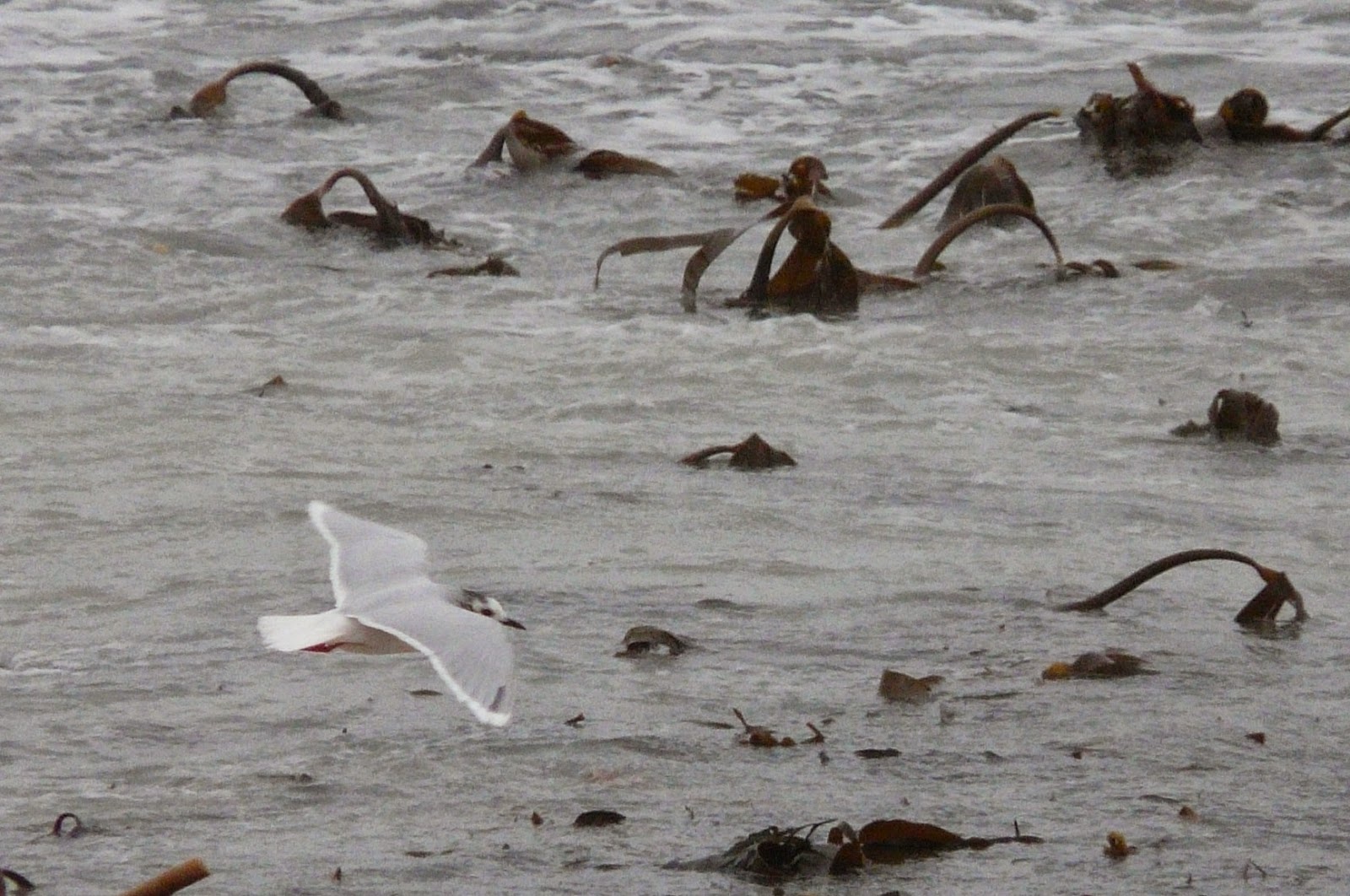 Little Gull
﻿
Posted by northronbirdobs at 19:50 No comments:

Apologies for the lack of updates, island internet has been down since the 2nd week of December and has only recently been restored. Staff have also been away over the festive period but regular sightings updates will resume from the 15th January (although a Little Auk flew past the Observatory window this afternoon and a Glaucous Gull was at the north end yesterday).

Here's to another bird filled year.....
Posted by northronbirdobs at 16:37 No comments: