A mixed bag again in terms of weather, but for the most part it's remained settled and birds are beginning to arrive as Spring draws in. The 24th started strongly with the first Greenfinch of the year seen around the back end of T3, not a significant sighting for most UK observatories but it's one that has nearly been missed in previous years. Two Wheatear on the Links were the other highlight offered by the days birding.

The following day would see first Dunnock, another good year-list addition, at Bewan house feeding on the outside of the dyke. Other avian highlights included another Wheatear at South Gravity, a Black Redstart at the pier and the first Puffins of the year passed at sea. The birds weren't the highlight of the day however as a repeat visit, albeit a short one, of the 27's Orca pod as they passed the North end of the island.

A quieter day on 26th gave little to shout about but the following day was much better with three year ticks in total. The first was a Siskin as it flew South down the island and out over the observatory and was followed by a Goldfinch at the War Memorial which again flew South down the island and briefly settled in Holland. The third year tick was a distant White-billed Diver from the North end, hopefully a closer encounter will follow in the coming weeks. The day was rounded off by a Carrion Crow at Trolla and a Rook at Claypows in the afternoon.

The 28th saw the re-appearance of Short-eared Owls at Peckhole, wether they're the same birds or different we'll never know but at least two were present until the close of the month. The only year-list addition was a Collared Dove that made a very fleeting visit into the gardens Holland.

The final date and bird of interest for this post was a Summer plumaged Black-throated Diver off Haskie in the afternoon on 30th. 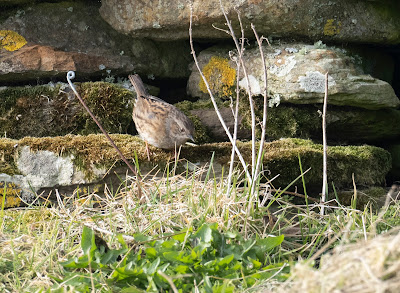 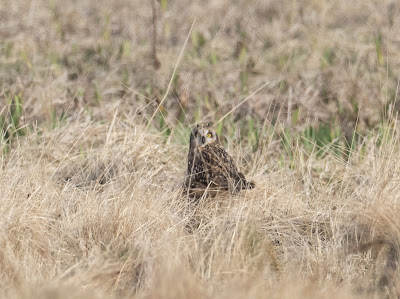 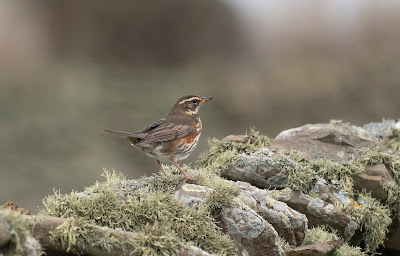 Posted by northronbirdobs at 16:31 5 comments:

Spring is certainly on its way albeit in fits and starts. For the last few days of weather have been far more settled as opposed to the near constant gales that raged during the previous week. Not entirely conducive to birding or just being outside in general.
The first Black Redstart of the year was at Vincoin on 14th and was followed by a second bird two days later. A Stonechat at Nouster and a Woodcock at Senness rounded off the 14th with things taking a bit of an upturn. The 16th was a good birdy day aside from the Black Redstart, the first Chiffchaff of the year was at Westness along with the first Goldcrest of the year. The day also provided at Short-eared Owl at Peckhole.
The 18th would see the appearance of two Otters an adult female accompanied by a kit at Brides that delighted the obs staff as they flushed ducks off the middle island and the first Song Thrushes of the year at the Old Kirk. The next day saw us gain our first Wheatear of the year as Westness continued to produce the good on an Avian front.
We weren't finished there with a run of white-winged Gulls starting on 20th with a lone Glaucous Gull at Scottigar, this was followed by two other birds and the original bird all around the North end while an Iceland Gull fed off Brides in the afternoon. Finally the 21st saw another Stonechat at Peckhole and the 23rd was populated by a little influx of Goldcrests into the island with birds at Holland and the Surgery. 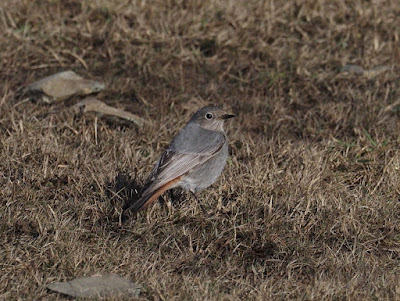 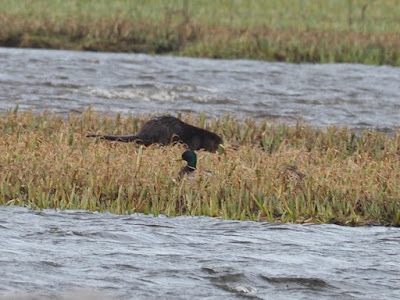 Otter and a concerned Mallard
Posted by northronbirdobs at 22:18 3 comments:

Another wind packed few days up here with very little to shout about on the avian front! Those signs of Springs seem to be a long way behind us now and high winds have bought back a wintry feel in light of the ever increasing day light hours and less rainfall.

The first Stonechat of 2022 arrived on 28th February at North Gravity and was accompanied by a Woodpigeon on the other side of Laird's Park at Parkhouse later in the day. More Stonechats would follow on 3rd March, two birds together just East of Holland were preceded by a bird at Purtabreck in the morning.

The following day saw the first Woodcock of the year flush out of the gardens at Holland and the 4th bought about not only a lovely day of weather and the first Short-eared Owls, three birds spent the evening being bullied by a local Hen Harrier while 11 Black-tailed Godwits hung about on a pool near the Links. The 5th saw a 2cy Iceland Gull at Brides that did a bunk quite swiftly. Another Glaucous Gull was the next notable bird four days later at Sjaever. 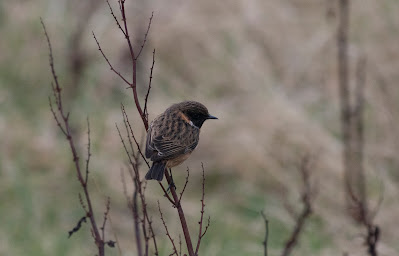 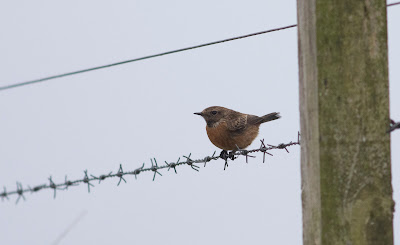 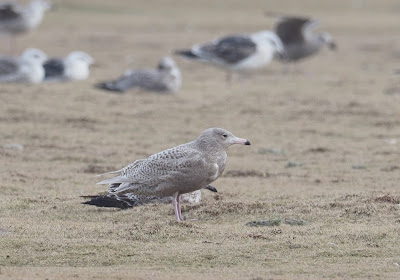 Posted by northronbirdobs at 21:42 4 comments: