January has been a wild month with North Ronaldsay seeing some stormy weather, winds up to 100mph, rain and wintry showers and lightning. Wintering birds have included a few Whooper Swans (5 on 31st), a Taiga Bean Goose, 2 Pinkfeet, a White-fronted Goose (flavirostris) and 2 Barnacle Geese along with over 1000 Greylag Geese, and a Brent Goose was seen on 31st. The male Green-winged Teal was still present and a Common Scoter was seen on 11th. The long-staying Northern Harrier was last noted on 20th and other raptors included Hen Harrier and Merlin. A cold spell mid-month brought an unseasonal male Sparrowhawk, 18 Woodcock and a Long-eared Owl in Holland Gardens. A first winter Glaucous Gull fed on a Greylag carcass near the Observatory for a few days from 11th. Small numbers of Fieldfare and Redwing have been present and a flock of 35 wintering Twite. 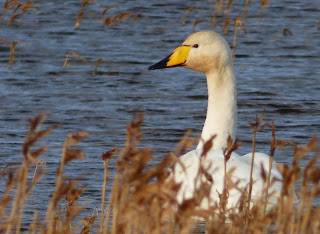 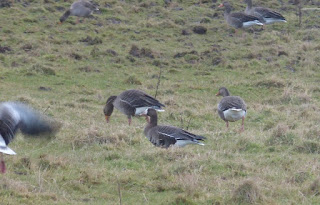 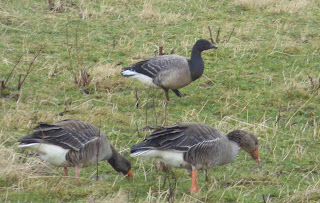 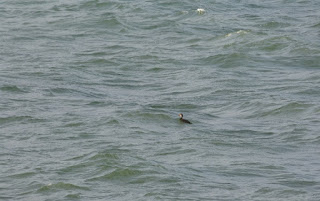 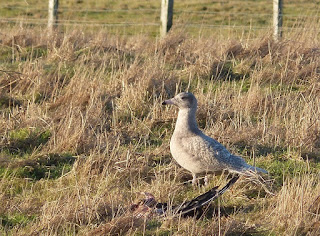 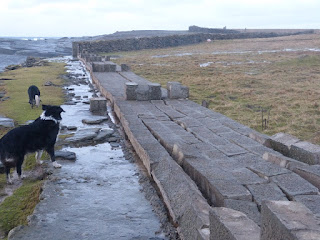 Wall down due to storms
Posted by northronbirdobs at 00:00 No comments:

2015 provided another brilliant season on North Ronaldsay. With Northern Harrier, Veery, Pechora Pipit, a couple Citrine Wagtails, Booted, Blyth's Reed, Subalpine and three Greenish Warblers, Rustic Bunting, Woodchat Shrike, a couple White-rumped Sandpipers, an American Golden Plover and Great Shearwater recorded to name just a few highlights. Impressive movements of Long-tailed Skuas in the spring and several falls of land-birds in the autumn. On top of that Cetaceans provided much excitement with a Humpbacked Whale in October and several sightings of Orcas!

All salaried positions for 2016 are now filled but Assistant Warden Volunteer positions are still open to application until the end of January. Fancy applying? For more details see: http://www.nrbo.co.uk/Jobvacancies.htm 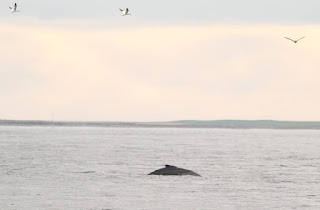 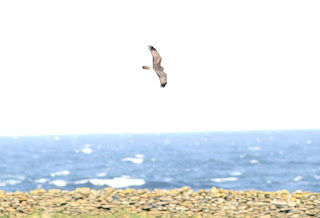 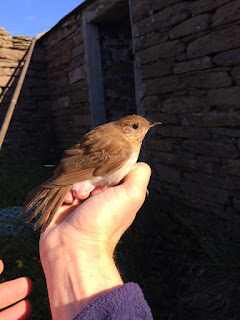 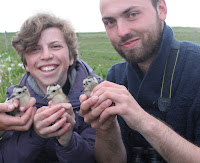 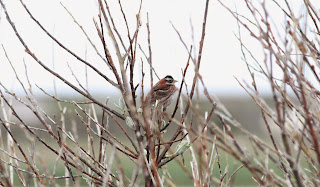 Posted by northronbirdobs at 18:00 No comments: