A handful of notable migrants were found in the afternoon after a calm day perhaps gave them more chance to arrive. The first Yellow-browed Warbler of the year was the highlight, caught and ringed at the observatory at dusk, while a Lesser Whitethroat, a Tree Pipit and 4 North-Western Redpolls were also seen. The Goosander was still present in Linklet Bay and sea passage included 25 Sooty Shearwaters, 14 Manx Shearwaters and a Storm Petrel. A clear influx of Snow Buntings involved at least 85 birds. 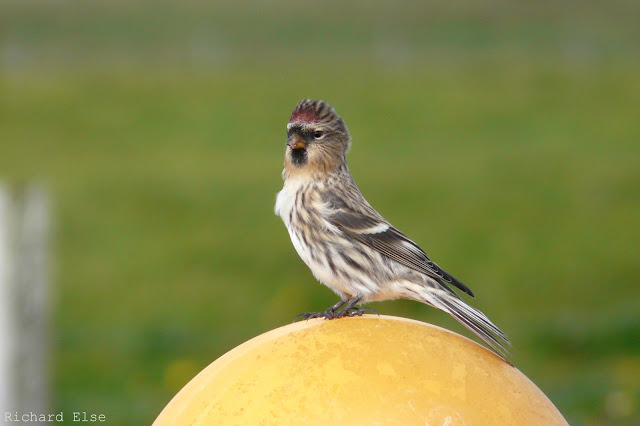 The recent redpolls have all been of a 'North-Western' appearance, perhaps birds of Icelandic origin.

The Peregrine continued to show well around the north of the island. The following photos show the head pattern and underparts, both of which look promising as features of a possible Tundra Peregrine. 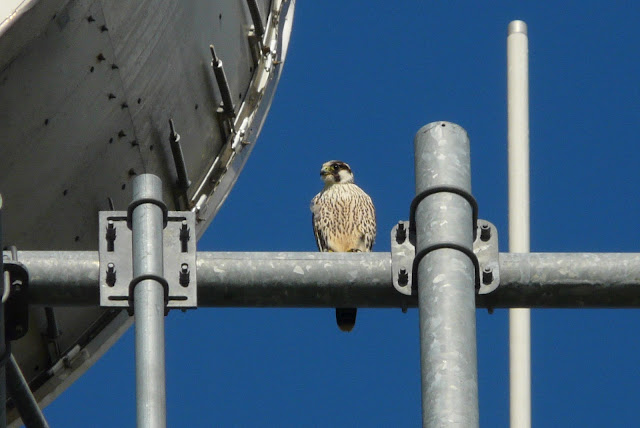 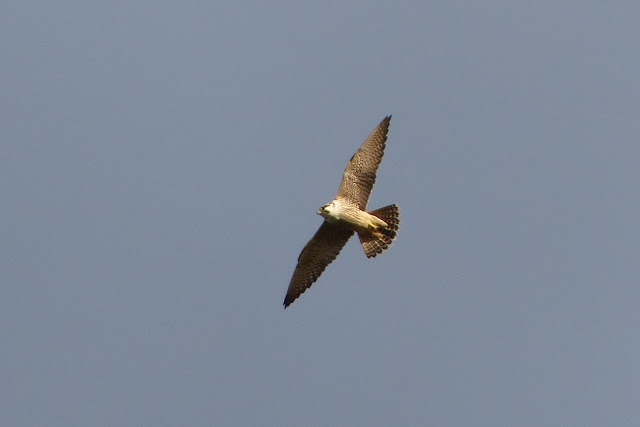