Virtually nothing of interest was seen during the day, but the second Blyth's Reed Warbler of the year turned up in a mist net at Holland House in the evening. Just like the bird from two weeks earlier, it was found on a day almost completely bereft of other migrants and chose to forage in the same corner of the garden. This is the eleventh record of Blyth's Reed Warbler for the island and, almost unbelievably, the fourth in nine months. 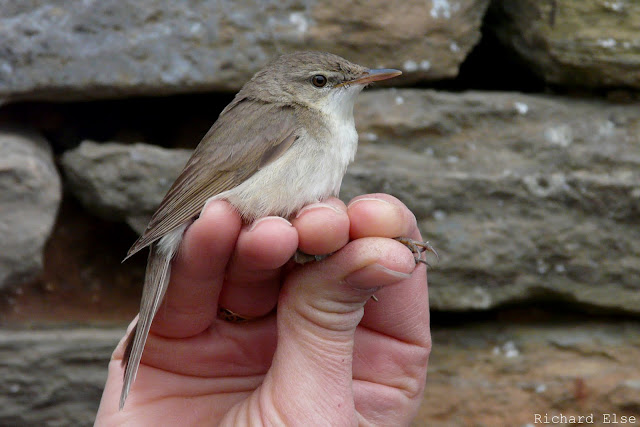 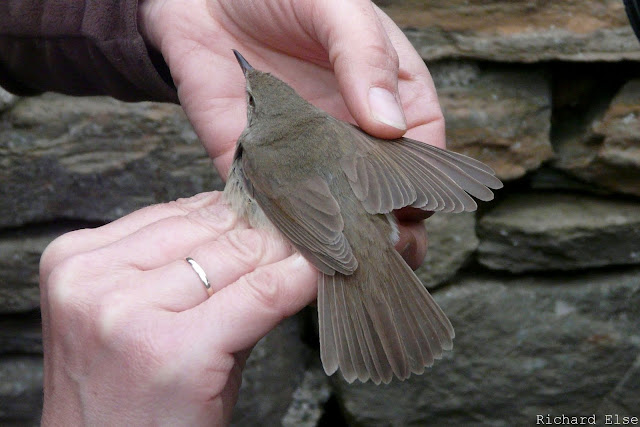 For anybody interested in the fine details of Acrocephalus identification, the lower picture shows several key features of Blyth's Reed Warbler: the short primary projection, plain tertials and emarginated fourth primary (particularly strong on this bird) are all clearly visible. Contrary to popular belief about this species, neither of the birds this year have had a dark-tipped lower mandible and neither has been seen to adopt a banana-shaped posture.
Posted by northronbirdobs at 21:27