Amid a very end-of-season atmosphere, minds began to turn increasingly towards submitting rarity descriptions and writing reports rather than stepping out into the westerly wind and hail in search of whatever rare birds might turn up so late in the year and in such conditions. Nevertheless, there were at least one or two birds to report. A Long-eared Owl was trapped and ringed at Holland House on the 5th, while a Peregrine arrived, the Black Redstart was still there and 13 Waxwings were seen. The 6th had nothing to offer besides a single Waxwing, and even that had gone by the 7th. The Long-eared Owl and 2 Chaffinches were still in the garden and the Greylag Geese were still accompanied by a Pink-footed Goose and a Barnacle Goose. 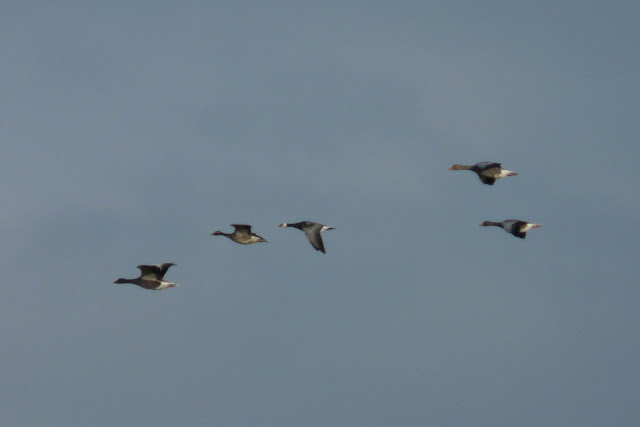 Barnacle Goose
Posted by northronbirdobs at 20:14