The 25th was another grinding day in the field, with only the lingering scarcities and a thin selection of common migrants on offer. The Pectoral Sandpiper was still in the Bridesness area (also seen 26th), the Short-toed Lark still near Kirbest, Barred Warbler at Ancum Willows, 2 Yellow-browed Warblers and the Red-breasted Flycatcher at Holland (the latter lingering to 27th) A House Martin was new, the Wood Warbler re-appeared and the 2 'flava' Wagtails were still at Westness. In 50-60mph westerly winds the 26th was largely forgettable despite a few attempts to get out in the field. Other than the scarcities already mentioned an Arctic Tern and 8 Rock Pipits at the north end were all else that was worth a mention. Geese were prominent once again on 27th with 1354 Pink-footed Geese (including a dozen which were found on the walkway at the top of the Lighthouse!!!), 300 un-identified Grey Geese and 18 Barnacle Geese heading out south during the day. Two highlights were a storm driven Grey Phalarope on Gretchen Loch and the years first Corncrake flushed from cover near the Airfield. A juvenile Lesser black-backed Gull and 4 Black-headed Gulls were those respective species first records for a while and the Woodpigeon remains. There wasn't a lot of passerine action on another breezy day but there was a smattering of Common Warblers, a Common Redpoll, the ringed Common Rosefinch while 93 Wheatears (Greenland types) possibly offer some hints as to the origins of things to come.... 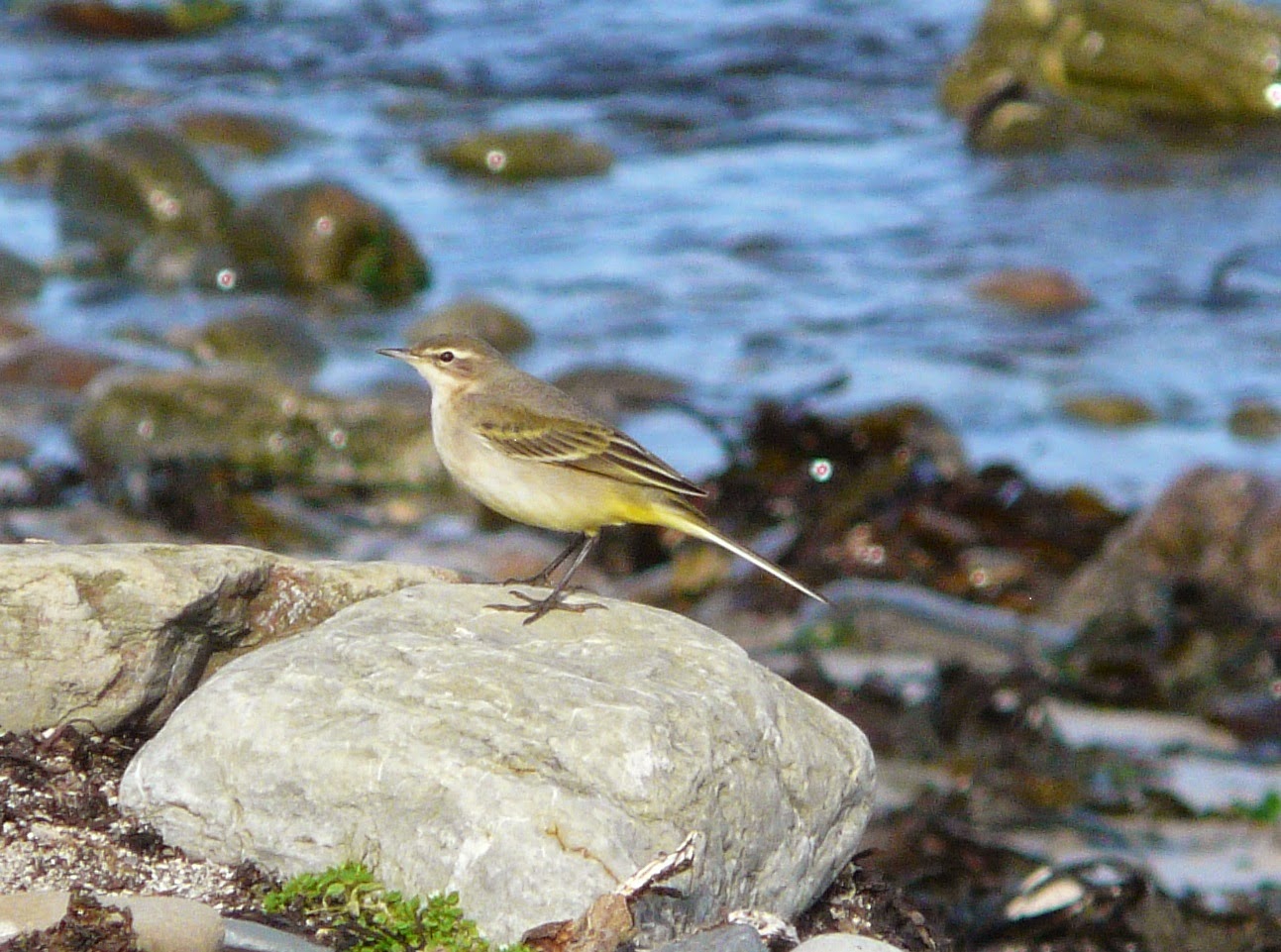 'flava' Wagtail
﻿
Posted by northronbirdobs at 22:05