Winter has well and truly set in and we've had some weather to go with it a long with some better days too. Highlights have been few and far between but the ones we have had have been good ones!

The first of the highlights came on the 12th, a Yellowhammer initially found flying over Longar would later settle on the track near Sangar, it's only the second occurrence of the year so was more than welcome. The Woodlark was still present on the 12th and still in its usual spot in the Funny Park. Both Long-eared Owls remained in the gardens at Holland until at least the 12th when they were re-trapped almost simultaneously much like when they were first caught!

A quite spell filled the next few days after this until the 14th provided a Goldfinch at Sandback, assumedly one of the birds from a few weeks back, the Green-winged Teal put in a showing on Gretchen where we assume it spends most of its time and perhaps most unusual was the appearance of a white farmyard duck on Bewan, it wasn't the white waterfowl anybody was after in any case!

The 15th also had its highlights, good numbers of Thrushes remain on the island especially between Holland and the obs, in this contingent of remaining Thrushes was a Ring Ouzel near Westness. There also seems to be a good number of Robins scattered about too. The Buzzard is still in the Ancum area and we have to assume its going to winter or die trying! 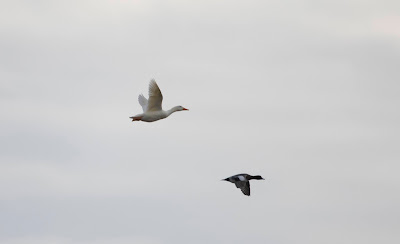 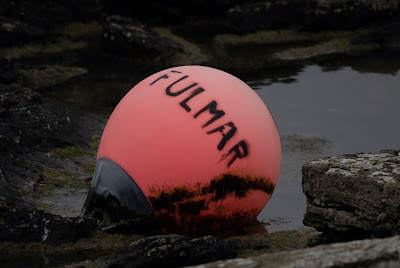 ...and that definitely isn't a Fulmar... 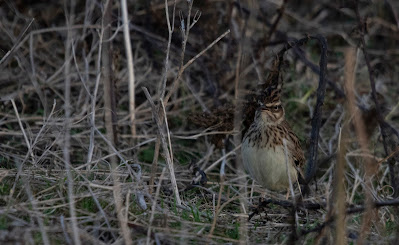 ...but this is certainly a Woodlark (GG)

Hi everyone,I’m so excited my husband is back after he left me for another woman. My husband was having an affair with a co-worker and i love my husband so much but he was cheating on me with his co-worker and this girl i think she use witchcraft or black magic on my husband to make him hate me and this was so critical and uncalled-for, I cry all day and night for God to send me a helper to bring back my husband! I was really upset and I needed help, so I searched for help online and I came across a website that suggested that Dr.Wealthy can help get an ex-boyfriend back fast. So, I felt I should give him a try. I contacted him and he told me what to do and I did it, then he did a love spell for me. 22hours later, my husband really called me and told me that he missed me so much, Oh My God! I was so happy, and today I am happy with my man again and we are joyfully living together and I thank the powerful spell caster Dr.Wealthy, he is so powerful and I decided to share my story here. if you are here and your Lover is turning you down, or your husband moved to another woman, do not cry anymore, contact Dr.Wealthy for help now..Here’s his email, wealthylovespell@gmail.com
He also do the following spell
Pregnancy spell
Love spell
Penis enlargement spell
herpes
Winning spell
His WhatsApp +2348105150446