A rather cold and rather quiet spell continued the theme of recent weeks with very little for us to get too excited about. There have been a few bits however. A noticeable increase in Skylark being the main attraction. Numbers climbed as high as 170 on the 10th. Wildfowl numbers have stayed pretty steady with the max counts nothing outside of the ordinary, apart from Tufted Duck that reached 34 birds on Brides on the 9th and they were re-joined by what we assume is the same drake Pochard from earlier in the year on the 10th. A total of 4 Mute Swans have been on the island probably not enjoying the frozen lochs. The 8th saw the cold weather turn snowy and overnight the island was turned into a bit of photographers paradise and the staff have been making the most of it as you'd perhaps expect! So here's a selection of photo's from them while they've been enjoying the island. 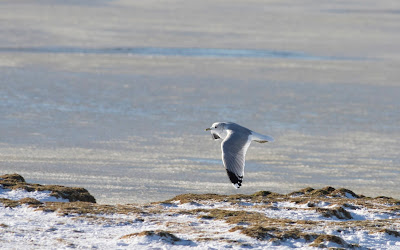 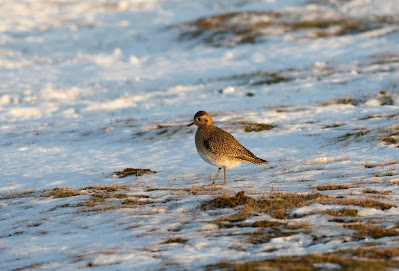 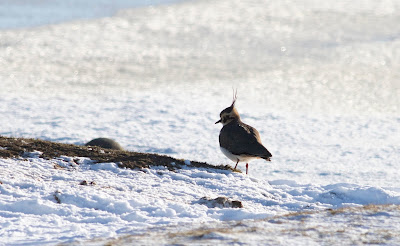 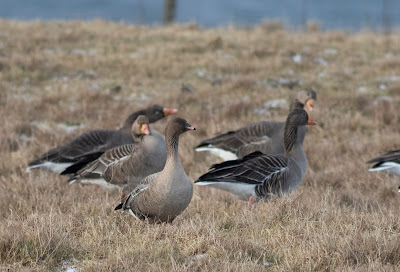 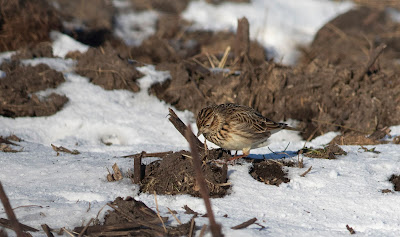 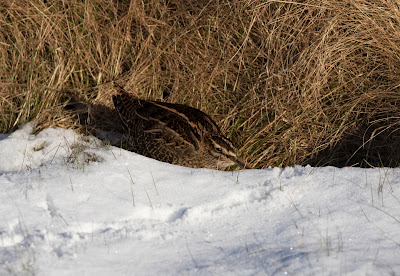 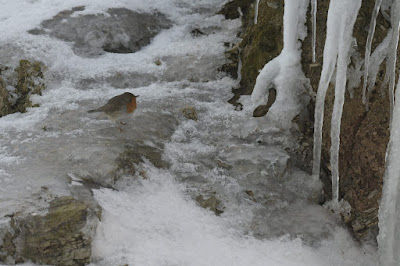 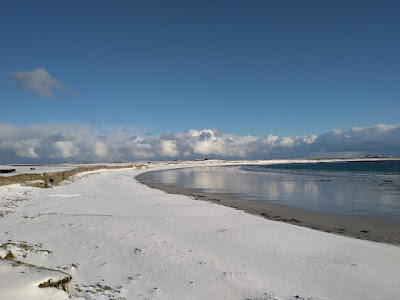 Nouster Bay in the snow