The 31st saw the island shrouded in veil of thick haar that felt as though it was anything but good for birding, this however was proven wrong throughout the day on more than one occasion. The low cloud eventually cleared around tea time and gave way to what was a stunning evening.

The day started with the arrival of two Spoonbill on Bewan, although only seen briefly, much like the previous two encounters, these represented the 4th island record, sadly as mentioned before they didn't hang around and vanished high to the South. Next of the list was the re-appearance of the Great Grey Shrike, a bit of a surprise considering its absence over the previous few days but its clearly managing to stay well out of sight for long periods of time. At about lunchtime a message on the whatsapp group had the staff frantically trying to get back to the obs, it read. "Red-rumped Swallow, obs crop field" if anyone knows hirundines speed is usually essential, but in this case it wasn't and the bird spent the day and the following one around the obs and Gretchen. It's only the 3rd island record and the first in nearly 31 years with the previous bird being in Oct 1990. Other than these big highlights the Icterine Warbler remained in Holland, there was a late Carrion Crow and small numbers of commoner migrants.

The 1st was somewhat quieter but all the same a lovely day of warm weather, which is something we've missed over the Spring so far. The Red-rumped Swallow remained around the obs, showing superbly in the morning. The afternoon bought about far less than the previous day, despite the appearance of a White-fronted Goose on Ancum, a hugely unseasonal find! Elsewhere a Peregrine upset everything around the obs, there was a Sparrowhawk caught in Holland and singles of Blackcap, Willow Warbler and Spotted Flycatcher. 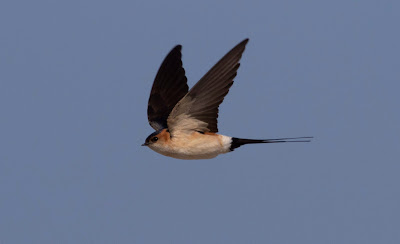 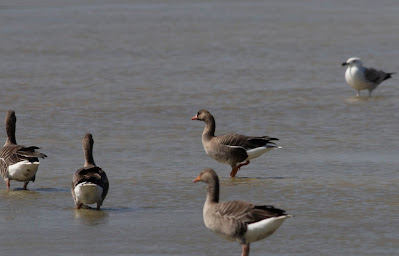 HAVE YOU BEEN IN SEARCH FOR GENUINE HACKER'S ONLINE?. HAVE YOU LOST YOUR MONEY TO BINARY OPTION SCAM OR ANY ONLINE SCAM WHATSOEVER?. WELL, YOU HAVE FOUND REDEMPTION .

BLANK ATM CARD :We have specially programmed BLANK ATM CARDS that can be used to hack any ATM machine, these ATM cards can be used to withdraw at the ATM or swipe, stores and outlets. We sell this BLANK CARDS to all our customers and interested buyers worldwide, the BLANK CARDS has a daily withdrawal limit of $5000 in ATM and up to $50,000 spending limit in stores. and also if you are in need of any other cyber hacking services, we are here for you at any time any day. Email :
Email:Creditcards.atm@gmail.com
WhatsApp:+1(305) 330-3282
-hack into any kind of phone
_Increase Credit Scores
_western union, bitcoin and money gram hacking
_criminal records deletion
_BLANK ATM/CREDIT CARDS
_Hacking of phones(that of your spouse, boss, friends, and see whatever is being discussed behind your back)
_Security system hacking...and so much more. Contact THEM now and get whatever you want at