The last few days have seen a mixed batch of weather with some superbly sunny days mixed in with a couple of cooler and much windier days. Bird wise things have been predictably slow but not without highlights. The 16th saw an island wide powercut (during fish and chips no less!) that also knocked the internet out for a couple of days but we seem to be back to some level of normality now on that front!

The main highlight of the post also came on the 16th in the shape of a rather obliging Quail, although only seen in flight on it's first day it showed superbly on the 18th giving superb views at close quarters. Elsewhere the Rosy Starling is still present and has been frequenting the shore near Lenswick and nearby fields. A steady flow of birds out to sea has seen a number of Manx and Sooty Shearwater pass the island over the past few days and with Silage well underway a trickle of returning waders are beginning to gather numbers.

A Short-eared Owl was around Loch Park on the 18th and another sighting of Orca added a gloss to the final outlook on the days proceedings. A Storm Petrel session was the cherry cake and another 90 new birds ringed took the years total 177 new birds ringed and 7 retraps along with another Leach's Petrel.

Tystie chicks have also taken up a large portion of our time and we've broken into triple figures and look set break another totals record which is a small success story in the gloomy world of sea-bird numbers! It's other wise very much business as usual and with a week of punding coming up its set to be quite busy at the obs! 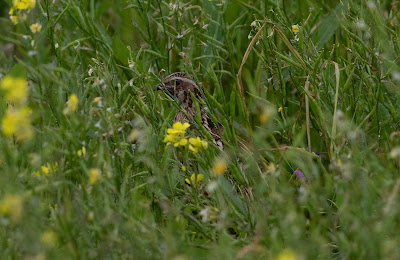 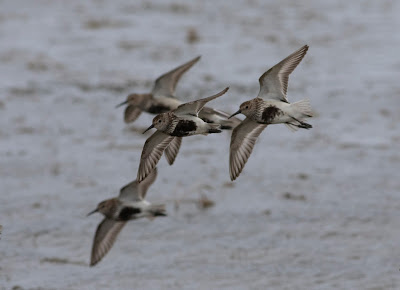 Dunlin
Posted by northronbirdobs at 23:04