With the final week of the month being dominated by thick fog and less birds than we'd have liked we're now looking forward to the Autumn that lies ahead. It's clearly ready to go with the first Willow Warbler of the Autumn appearing in the willows at Ancum on the 29th along with the first Fieldfare at Waterhouse, a bizarre arrival date for the latter species! Away from the migrants for a little bit and it seems we've managed to get as many of the Tystie chicks as humanly possible for the season and looks to be a very strong total, although I've not managed to add it up yet!

Night time ringing sessions have also been a bit of a staple with efforts for Storm Petrels, Arctic Terns and Waders all producing good results, the Terns were especially good with 38 new birds trapped over two sessions including a very exciting Finnish control!

Elsewhere the wader numbers are steadily rising and our hopes of pulling out a Nearctic (or Eastern) goody out of the many flocks haven't faded. The first Ruff, Common Sandpiper and Greenshank of the Autumn have all passed through the island in the past week again giving a feeling that things could soon kick off! The pair of fence hopping Snow Geese are still on Garso, barely a surprise given the general lack of wing feathers at the moment and the Quail at the obs has continued to give a good account of itself often waking guests up in the small hours of the morning. Finally the Rosy Starling is still feeding at the bottom of the Lenswick track and has been with us for the best part of three weeks now! 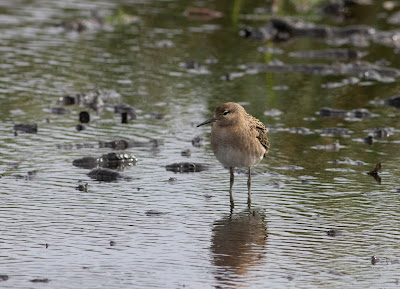 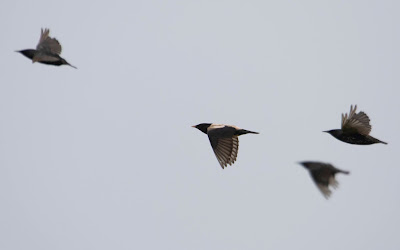