With the final week of June behind us it actually seems things are finally hotting up a bit, not something I expected to be typing to be honest after a fairly quiet month!

Three Siskin and three Swift are all the early part of the week had to offer with both records coming on 25th and 26th respectively. Counts weren't helped by a bout of illness that seemed to afflict staff but it was quickly over by 29th and thankfully wasn't Covid! The bird of the day on 29th came from a very mundane sea-watch, without much passing it was a bit of shock when a Great Shearwater cruised past the sea-watch hide heading South, a superb bird for the year list and one that started a couple days of decent birds. A rather grotty Chiffchaff was in Holland on 30th but was quickly overshadowed by yet another year tick in the shape of a Turtle Dove, initially found near Ancum the bird got up and bombed off south only to be re-discovered on the road outside Holland House some ten minutes later as we headed back to the obs. With July on the horizon we're hoping a month like 2020 produced full of oddities and goodies! 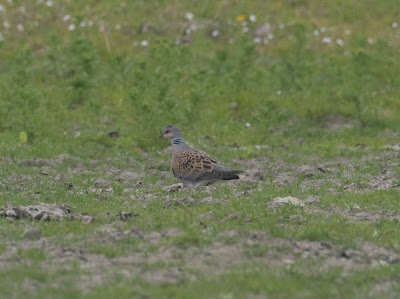 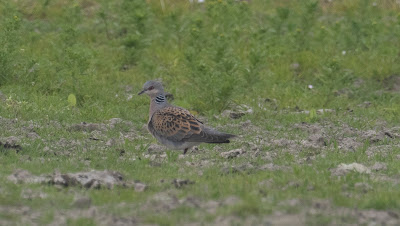