It's been a fairly quiet few days although a mixed bag in terms of weather has mixed things up a little bit. Its also meant the internet has been patchy at best!

Firstly I think we'll mention Avian Influenza again, it does still seem to be present on the island with another Bonxie succumbing over the last few days. This has been backed up with the BTO placing a ban on ringing Sea-birds, Terns and Gulls in Scotland over the summer, a bit of a blow to us and our Summer plans of ringing Tysties, Fulmars and Storm Petrels but just something we have to live with to try and stop AI spreading more that it has I suppose.

Away from dying birds the living ones have been a little more exciting in the previous days, the Red-rumped Swallow has remained in the Brides area, seemingly hanging around with Sand Martins. The 19th saw a Short-eared Owl hunting over the airfield and the 21st saw a Kestrel appear over Loch Park, it was seen the following day also. The 21st also saw us add Red-necked Phalarope to the year list, a bird that has been more conspicuous in its absence in the past couple of years with birds being fleeting! One would become a pair a couple of days later and we're keeping fingers crossed the habitat is suitable enough! A few commoner migrants on 23rd saw four Mealy Redpolls, 12 Swifts (not a white rump among them!) and two Siskin. 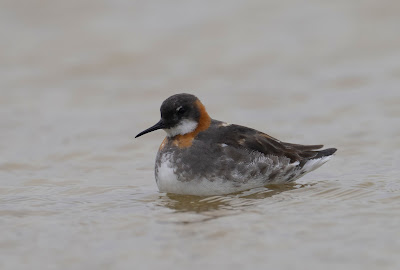 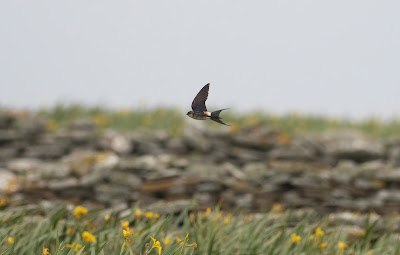