The Desert Wheatear was still on the west coast of the island, and both the Iceland Gull and the Little Gull were seen again. At least 8 Short-eared Owls and 1 Long-eared Owl were seen, and 15 Woodcocks were found scattered around the island. A Ring Ouzel and a Little Auk were probably the most notable new species, while a charm of 6 Goldfinches at Holland House was only a single bird short of equalling the island's highest ever count of the species. 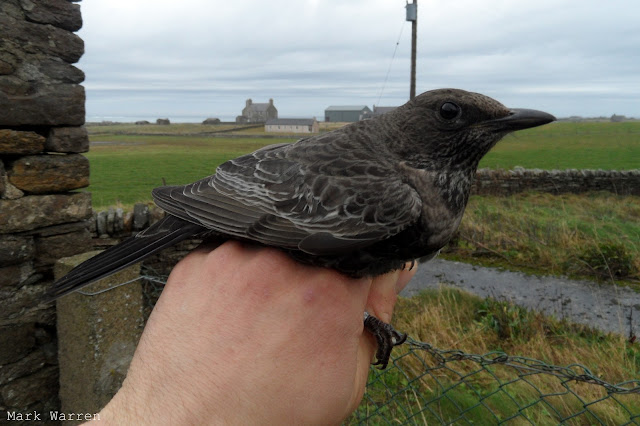 This particularly dingy specimen of a Ring Ouzel was the first to be ringed here this year. Of about 95 species that we have ringed in 2011, three have been additions to the observatory's all-time ringing list: White-fronted Goose, Grey Plover and Pechora Pipit.
Posted by northronbirdobs at 17:22