A few bits and pieces on a cloudy day, with a light easterly wind promising more as the week progresses. Leading the way were a female type Bluethroat in the Neven area and the first Yellow-browed Warbler for a while at Breckan, near Bridesness. A lengthy sea-watch saw 24 Sooty and 7 Manx Shearwaters, 365 Fulmars, a Pomarine Skua, 13 Great Skua, 3 Puffins and the first Little Auk of the autumn logged in 2 and a half hours while 1130 Gannets were recorded in the first hour. Also new in today were a Mistle Thrush, Pied Flycatcher and Common Redpoll. There were a few more Redwings and Blackbirds, but Song Thrushes were down to just 14. 17 Blackcaps and 8 Chiffchaffs also included some new birds while hangers-on included the Scaup, 9 Grey Herons, a Swallow, Tree Sparrow and 16 Snow Buntings. 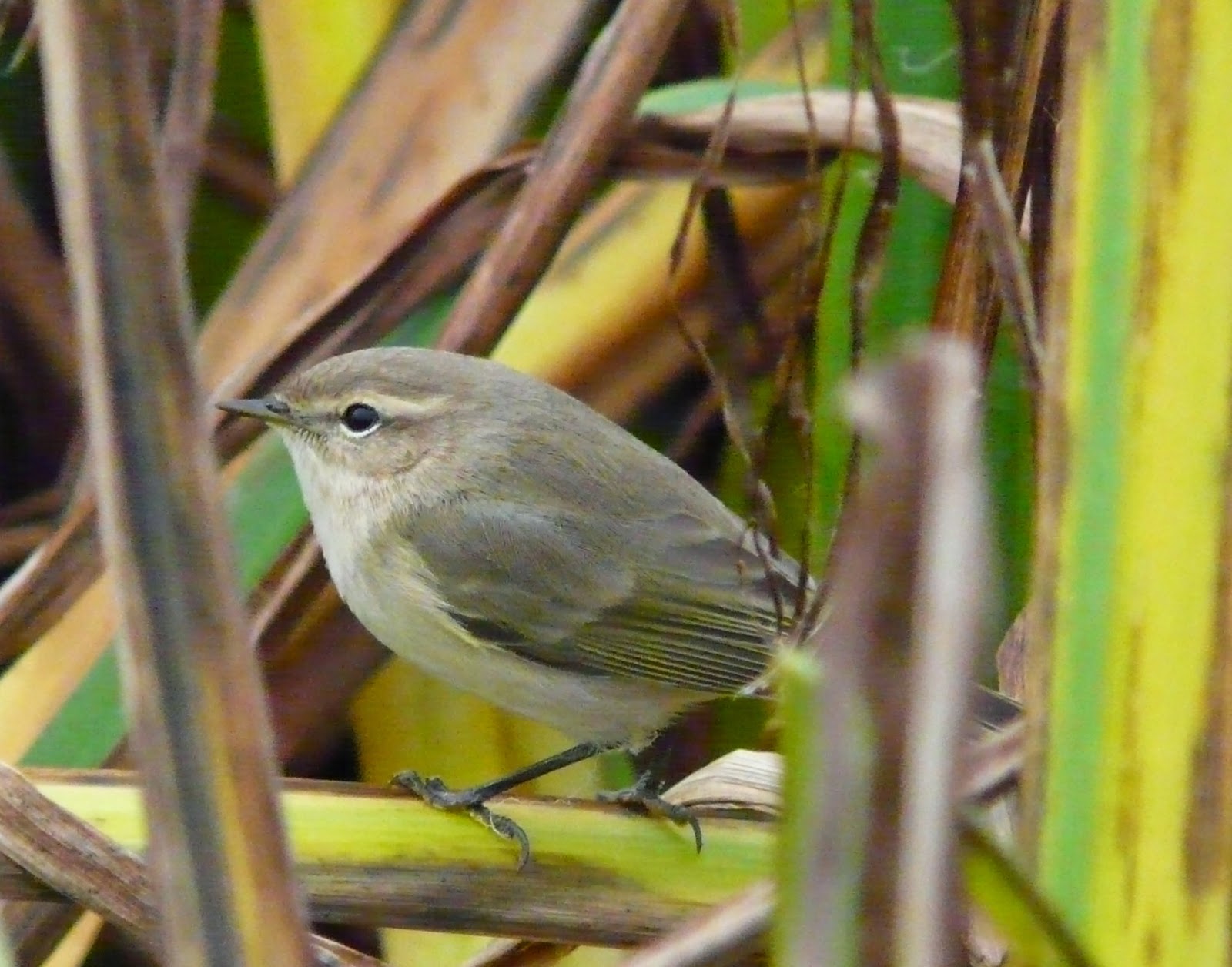 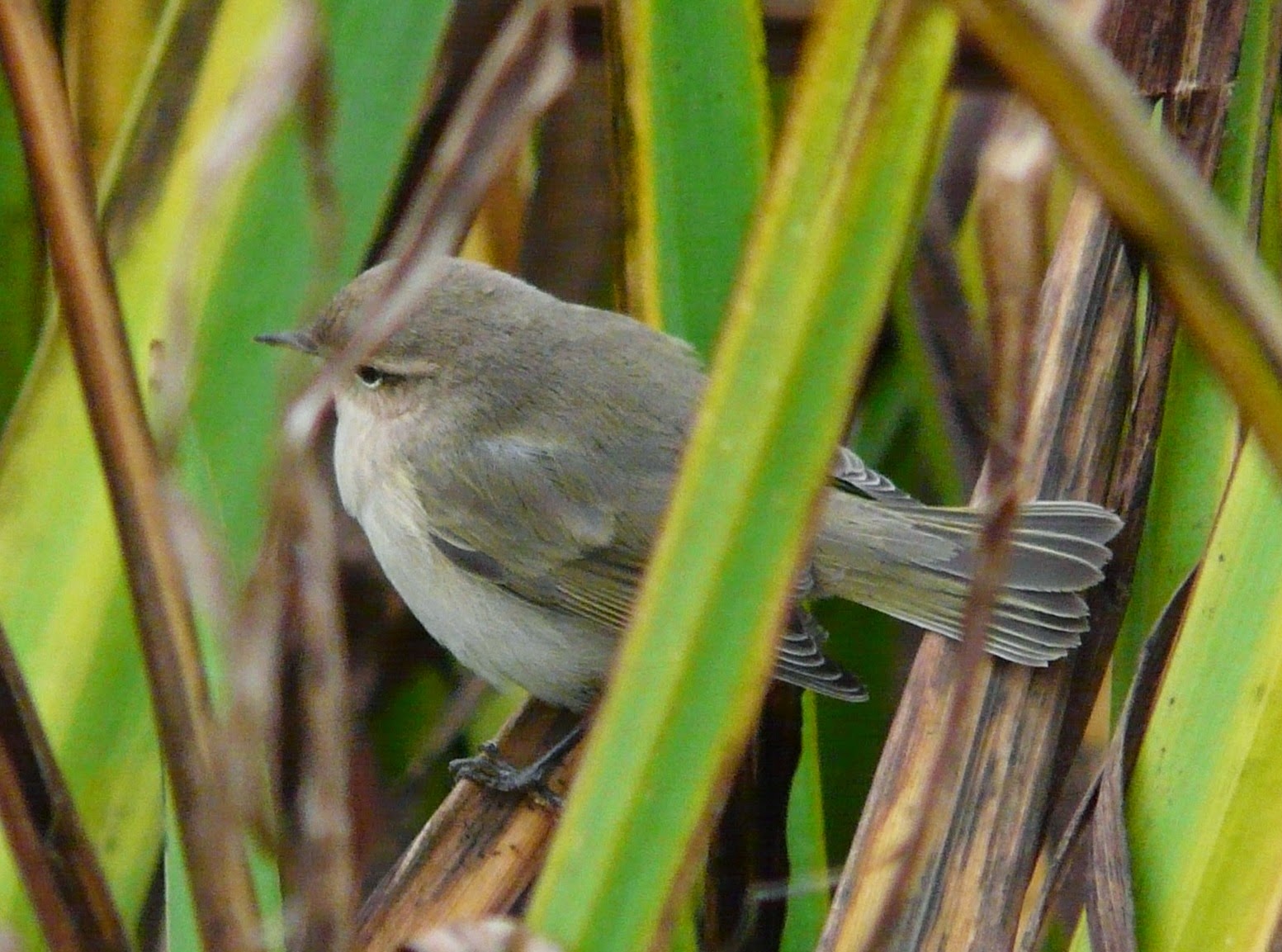 'Siberian' Chiffchaff or just 'Eastern' Chiffchaff? One of 2 interesting birds today-this silent individual was in the Irises at Garso and we used to label these 'grey and white' birds as 'abietinus'. However the exact status of that particular form in the UK is currently unclear so this bird may in fact be a Siberian Chiffchaff after all. A second, much 'browner' toned bird which gave a thin, high-pitched 'eehp' call at Vincoin looked and sounded more like the real deal but sadly it evaded the camera!