A settled few days with plenty of sunshine and warm conditions; the escaped Saker Falcon was still present on the 22nd and showed well on telegraph poles in the centre of the island before being tracked – its GPS giving its position every four hours leaving to the north and arriving on Fair Isle shortly afterwards (along with a second escaped individual which was also tracked over the island but not seen!).   Migrants included a Siskin round the Obs, a Common Redpoll at Sandar, a Heron on Hooking and a Kestrel which flew south over the Obs on the 24th.


Some big flocks of waders are starting to build up now as counts included 130 Dunlin (with the first few juveniles starting to appear), 120 Oystercatchers, 655 Golden Plover, 95 Lapwings and 131 Redshank while at least 12 Arctic Skuas are putting on a fine performance as they chase the Tysties bringing fish into their colonies.


We’ve started Storm Petrel ringing now and enjoyed some good sessions catching 150 birds so far with two Leach’s Petrels also being trapped while we are still putting some good effort into the breeding birds, now having ringed 120 Black Guillemots (similar to last year), 200+ Arctic Terns (many times better than last year) and 22 Ringed Plover chicks (the highest ever total!). 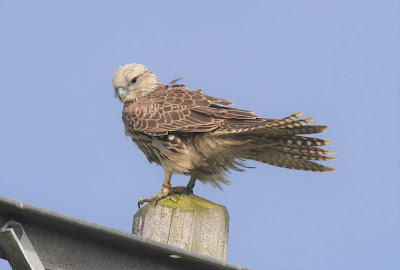 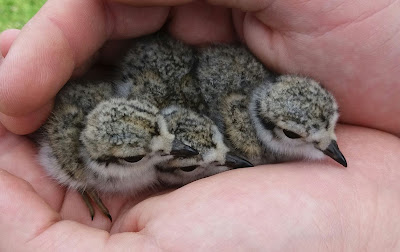 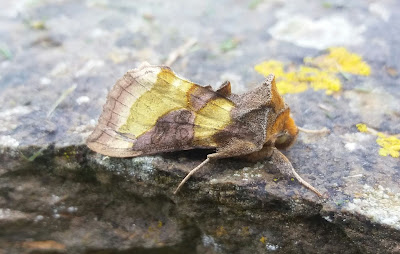 The moth trap is still pulling in some good things like this Burnished Brass with Common Carpet, Lempke's Gold Spot, Northern Spinach and Heart and Dart being firsts for the island.