Bright and sunny on the 25th and 26th with a brisk easterly wind to take the edge off; in between sheep punding there wasn’t too much to mention on the bird front with a Heron and a Collared Dove the best from the 25th and a smart summer plumaged Great-northern Diver in Nouster and a single Whimbrel the pick of the 26th.


There was a bit more to mention on the 27th as the easterly wind continued to increase with the highlight being two cracking Roseate Terns found roosting with Arctics on rocks at Bridesness Point.   Wader numbers included 45 Ringed Plover, 345 Golden Plover, 183 Lapwing, 16 Knot, 75 Sanderling, 238 Dunlin, 5 Whimbrel, a Ruff and 2 Green Sandpipers which flew south down the west coast.


Other little bits included the Great-northern Diver still in Nouster, 2 Herons, a little influx of 26 Teal, 5 Lesser Black-backed Gulls including the first immigrant juveniles of the year and a Common Redpoll. 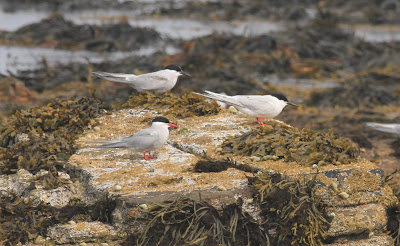 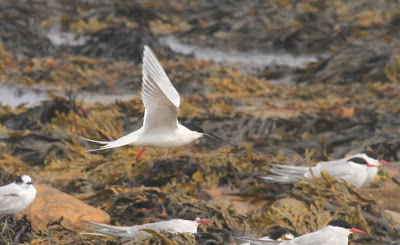 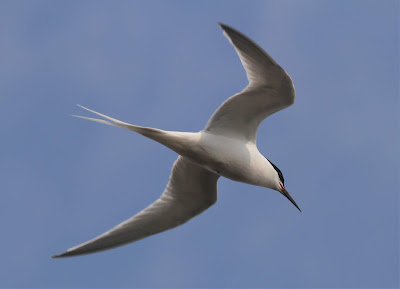