After the winds of the previous day everyone was keen to get out and about and see if the gale had dropped anything to get our teeth into.

In truth I don't think it really did, however a good scattering of Redwing and Song Thrush were accompanied by a few Ring Ouzels, two Yellow-browed Warblers were in Holland, a single Stonechat and Whinchat were near the school and a North-western type Redpoll was at South Gravity. The stand-out bird of the day however was a Lanceolated Warbler found near Kirbest and later trapped and ringed. It makes it as our 9th record of this elusive Locustella.

We're turning our attentions to West for the next couple of days in search of that holy grail yank! 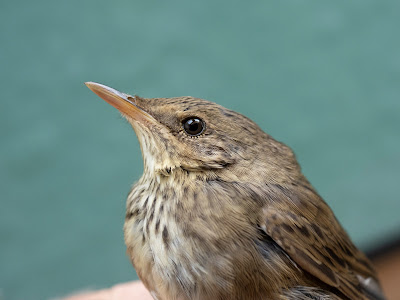 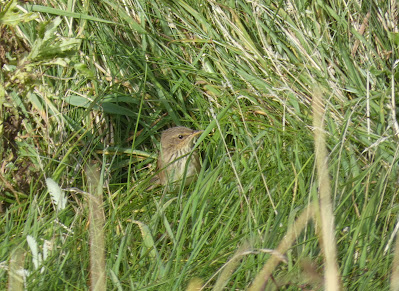 Lanceolated Warbler in the field (!!) - GAW 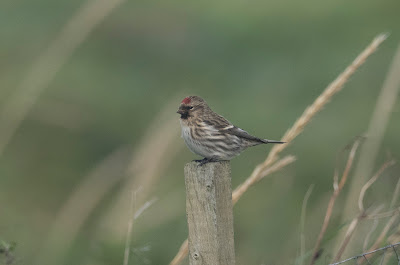