Another rough, wet and windy day that provided more migrants and even some more rares!

The first port of call was our second Lanceolated Warbler in as many days as a bird was found creeping along the wall of the dyke between T1 and T5! Two Hornemann's Arctic Redpolls were present with birds below the School Brae and a second not far from Westness. The Olive-backed Pipit of a few days ago appeared again by Stennabreck while other migrants included Blythii Lesser Whitethroat at Bewan again, two late Willow Warblers at Bewan and Rue, a further two Lesser Whitethroats were at the Shooting Gallery, a lone Yellow-browed Warbler was still in Holland, the Turtle Dove re-appeared in Holland in the evening and the first Grey Phalarope of the year was found on the sea off the Lighthouse and another Buff-breasted Sandpiper was found near Ancum in the Morning.

Tomorrow looks interesting with the winds going slack overnight and some American passerines in Ireland and Norway we remain hopeful! 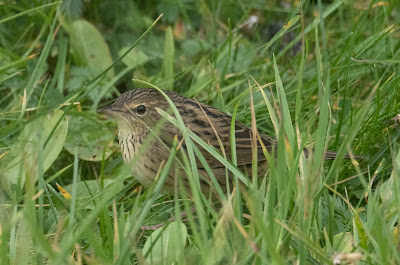 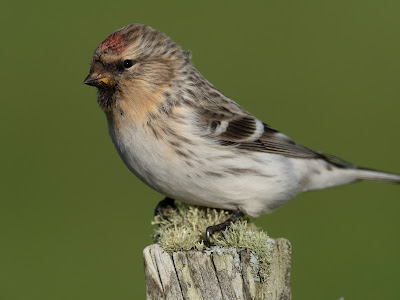