Strong westerlies and frequent showers mad it hard work in the field but there were still plenty of rewards to be had for those willing to put the time in with our third Pallas’s Warbler of the autumn found at the Old Kirk yard the highlight, with lingering scarcities comprising the Olive-backed Pipit still opposite the Surgery, yesterday’s ringed Great Grey Shrike still round the Obs and the Red-breasted Flycatcher still active in Holland (we have long been wondering whether it’s going to make it off the island!). 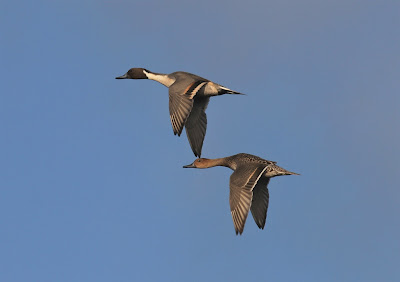 The wind had swung further round into the NW and remained brisk on the 26th but it brought with it some good new birds with our second Dusky Warbler of the year found at Longar, our second Richard’s Pipit of the year identified from just a leg and a few feathers after it had a run in with a Merlin on Westbeach and a juvenile Iceland Gull at Bewan – the first of the autumn.   To add to the day our remaining scarcities were still in place with the Olive-backed Pipit, Great Grey Shrike and Red-breasted Flycatcher still in situ.


With the northwesterlies came an influx of certain other migrants with another pulse of 910 Redwings comprising big, dark, long-winged Icelandic birds and a jump to 84 Snow Buntings and 143 Purple Sandpipers; other migrant totals included 2 Sparrowhawks, 4 Jack Snipe, 5 Woodcock, 57 Robins, 2 Black Redstarts (including a fine adult male), 7 Wheatears, 6 Ring Ouzels, 253 Blackbirds, 17 Fieldfares, 50 Song Thrushes, 5 Blackcaps, 12 Chiffchaffs, 17 Goldcrests, 7 Chaffinches, 42 Brambling, a Siskin, 4 Common Redpolls and a Yellowhammer by the lighthouse – the third of the year. 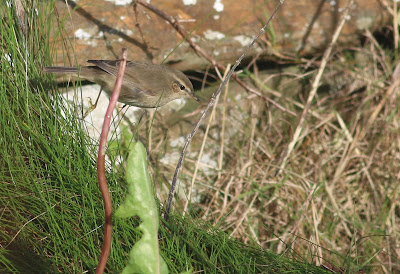 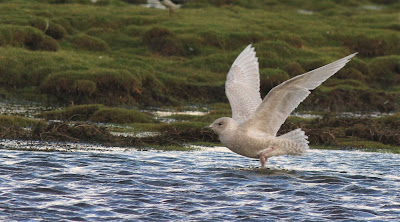 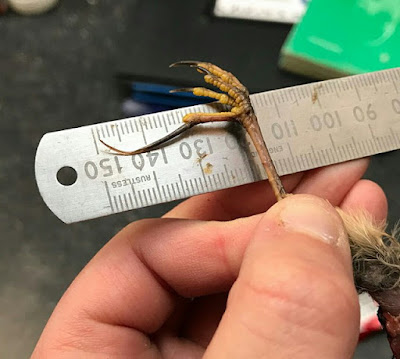