We kept the lightish winds from yesterday which slowly but surely swung from the west to the NE but we gained long periods of heavy, wet drizzle; there was no sign of any of yesterday’s unconfirmed birds but our second Buff-breasted Sandpiper of the year was found in fields at Lochend and our third Blyth’s Reed Warbler of the year was identified retrospectively from photos in the Haskie Thistle fields while the Short-toed Lark was still at Nether Breck, the Barred Warbler was still present and the Red-breasted Flycatcher was still in Holland. 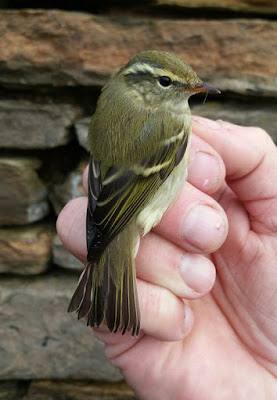 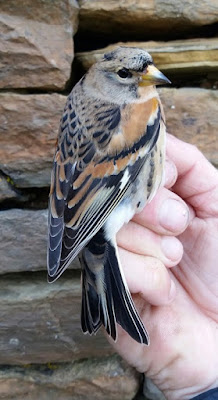