A lovely couple of days with much lighter winds and plenty of bright sunshine and with the sheep round-up now complete there was more time to get out into the field; the two days were pretty similar with the wintering highlights present throughout which included the juvenile Kumlien’s Gull floating between the Obs and Brides, the drake Smew on Bewan and the drake Green-winged Teal on Gretchen while a little influx of 3 Glaucous Gulls on the 16th comprised an adult past The Lurn and two juveniles at the north end.


Wintering Passerines were also largely static with the Black Redstart and c100 Snow Buntings still around the south of the island, 9 Meadow Pipits, 8 Twite, 35+ Redwings and a Song Thrush but a Linnet which came in off the sea from the south and an increase to 24 Skylarks hinted at some early passage in the fine weather. 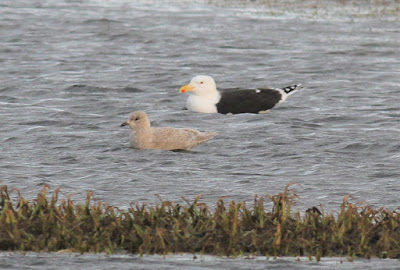 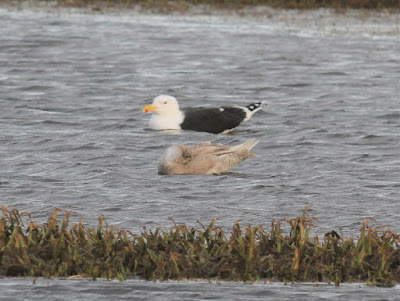 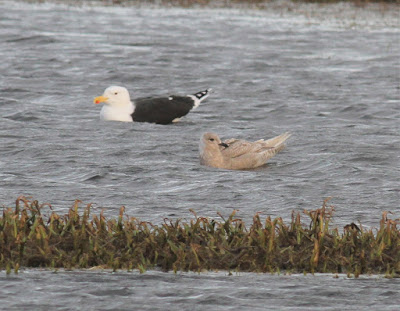 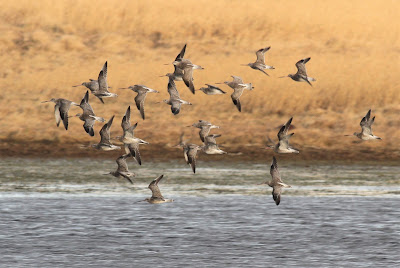