A very similar couple of days, remaining dry and bright but time in the field was marred by a strong, cold southerly wind which cut right through you; the Smew had moved to Hooking on the 22nd while both Merlin and Peregrine zoomed around Loch Park and the Black Redstart was still around the pier.


There were now 5 Shelduck on the island with some of the breeding pairs sneaking back in while 4 Knot were with the Golden Plover in East Loch Park along with 136 Lapwing and 101 Dunlin.   On the land Skylarks were again obvious including 26 by the Obs and 50+ Fieldfares and 30 Redwings remained.


A new 2nd winter Glaucous Gull was roosting out on Seal Skerry on the 23rd while an adult Iceland Gull was picked up dead near the seawatch hide and the Kumlien’s Gull remained at Brides.   5 Great-northern and 5 Red-throated Divers were off the north end, 17 Pintail were a notable increase along with 13 Shoveler and 20 Tufted Ducks, the ringtail Hen Harrier was seen again, a Jack Snipe was at Trebb and Skylarks were on the move despite the cold, strong with including a flock of 7 which came in low across the sea from the north, struggling against the wind. 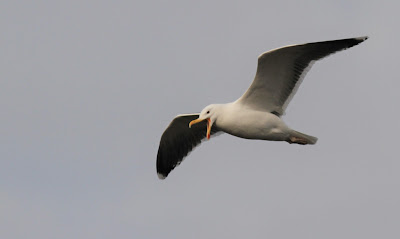 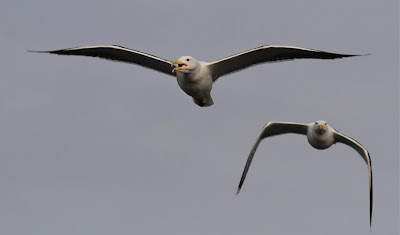