A bit of a longer period between posts than intended but these things sometimes happen when you're hoping for rarities! The last four days haven't disappointed for the most part although the 22nd was almost a wash-out and the 24th despite early promise never lived up to its billing!

We'll start with the 21st however and a small smattering of birds mostly vestiges from the previous few days of birding. A Yellow-browed Warbler was still in Holland along with the Redstart at Bewan and the Reed Warbler between North and South Gravity. These birds all remained in place until the 23rd. A House Martin was seen at the Lighthouse and then presumably the same bird was seen at Holland in the evening, the first and potentially only record of the Autumn. A Snow Bunting was hanging around on the pier but the day was otherwise quiet.

As previously stated the 22nd was a near wash out with birding made difficult by driving rain and nasty winds, the only avian highlights being 5 Grey Plover and a juvenile Lesser Black-backed Gull.

A much better day followed and despite a quiet morning involving a Goldcrest and the same ever fattening Barred Warbler in Holland and a Robin at Nether Linnay the birding slowly got better as the day wound on. A Stonechat at Ancum was perhaps a slightly unseasonal record for here, less so were 9 Lapland Buntings, 7 of which were together at Sandar. A Common Whitethroat at Sangar, a Yellow-browed at Burray and the first Siskin of the Autumn also at Burray were good additions to the day list. The highlights of the day consisted of the first Red-breasted Flycatcher of the year at Antabrek seemed to be the bird of day until the visiting Heatherlea group uncovered a rather smart Buff-breasted Sandpiper in the wet field just below Holland.

The 24th showed promise after the previous days late showing and the anticipation increased after the morning nets session produced a Goldcrest, a Blackcap and a Pied Flycatcher, with at least two other Goldcrests in the garden. This however was slightly miss-placed and six hours later the only passerine migrants of note were two Redwings. A general clearout had taken place and the cold Northerly wind had left us with little to shout about!

We're not too worried though, an interesting high pressure developing over Scandinavia will hopefully begin to provide us with birds on the other side of the weekend. 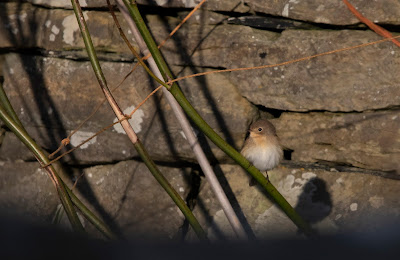 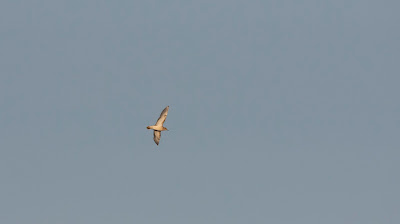 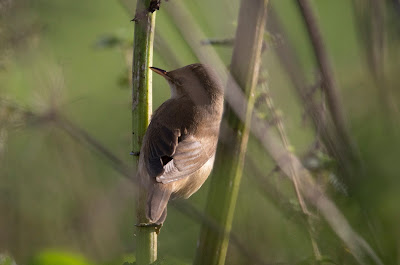