A good few days of birding that started quietly got better as a few migrants from the east began to arrive and prime sea-watch conditions provided a mega sea-bird for one lucky observer.

The 25th and 26th were quiet in terms of migrants, the Buff-breasted Sandpiper made a re-appearance on Tor Ness before re-locating to a field East of Upper Linnay. A Jack Snipe was flushed from a pool near Trolla, this was the first of the Autumn so was a welcome addition. A male Redstart was at Senness and was the only real passerine migrant for the day on the 25th. The 26th was also quiet in comparison to the following day although a Ring Ouzel near Gretchen was another first for the Autumn.

The 27th was much busier and a slackening in the wind meant sea-watch conditions looked and they turned out to be exactly that! Along with 163 Sooty Shearwater and 8 Manx Shearwater was something a little different. A small Shearwater with a Manxie proved to be a Barolo Shearwater, a bit of mad moment and not one that will be easily repeated! The sea-watch also produced a Fin Whale. A very smart Red-breasted Flycatcher was hanging around the surgery while 10 Yellow-browed Warblers flitted their way around bushes and gardens in various locations around the island. Three Goldcrests at North Gravity, the Post Office and Upper Linnay were joined on the day list by 4 Chiffchaffs, a Redstart, a Whitethroat at Scottigar, a Blythii Lesser Whitethroat at Bewan and a Green Sandpiper on Ancum.

The weather looks interesting for the next few days and hopefully we'll score big again before the Autumn winds up! 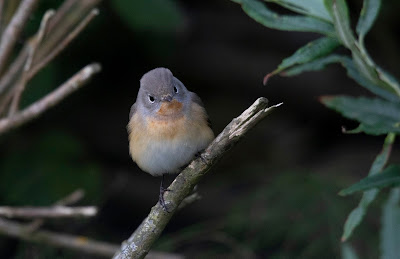 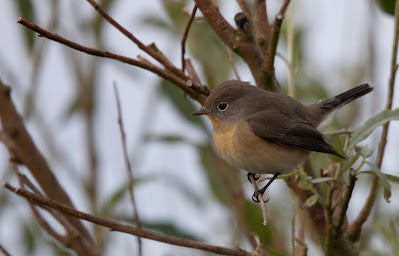 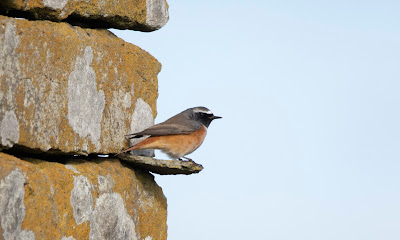 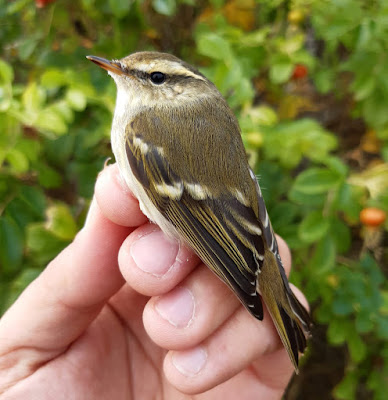