A blustery and damp couple of days haven't put a stop to new arrivals on the island. With daily additions to the year list things are looking good for when we get some more favourable weather towards the middle of next week. Despite a good search there has been no re-appearance of the probable American Herring Gull, however the 27th did see no fewer than three addition to the obs year list. The first Great Skua of the year was seen drifting over Nouster towards Howar mid-morning. A rather smart looking winter plumaged Black-throated Diver was present in the bay in the afternoon and the first Puffins of 2021 were seen from the Lighthouse in the late afternoon. Other migrants included 3 Knot at Bewan and 1 still at Ancum, 5 Snow Buntings were also at Bewan as was a Robin. The small group of Rooks is still touring the island and were seen on both days. The party of 7 Woodpigeon have also been hanging around, 3 were seen at Ancum also, but they may be part of the Holland flock and a lone Black-tailed Godwit was on Gretchen with the ever present Green-winged Teal. The Ruff that has spent the winter on the island is also still frequenting Ancum. The 28th bought about a much clearer start to the day but an ever present gale gave the day a chilly feel. The first Chiffchaff of the year was heard calling around Holland while the Black-throated Diver remained in the bay at Nouster. A Sparrowhawk was seen leaving the gardens at Holland in the morning and a Goldcrest was still present in the gardens. Pied Wagtail numbers have been on the up for over a week now and numbers are well into double figures, but otherwise it was a seemingly quieter day overall, no doubt due to the wind. 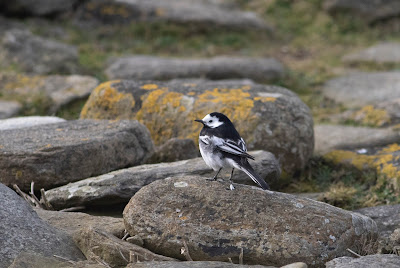 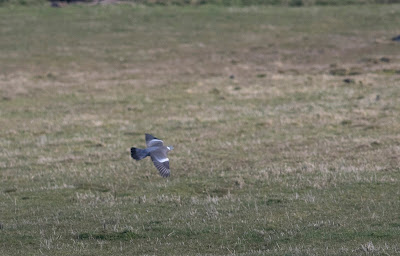 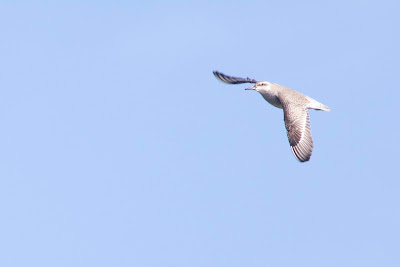