The settled weather finally broke up on the 5th giving way to overnight rain and slightly windier conditions on the 6th. Both days had plenty of highlights although not all of them avian!

The 5th was dominated by a pod of a Orcas that spent the day touring the coast of the island, the pod consisted of some 10-15 animals from the 27's and the 64's both known locally in Orkney and Shetland. They provided much entertainment throughout the afternoon as they did close passes of the coastline and the pier just South of the obs, even making kills as Lenswick and Nouster as they went. On the birding front things were again a bit quieter on the land than we'd hoped for but a Wood Sandpiper flushed towards Hooking the morning did inspire hope, the bird of the day however came from a sea-watch again and in the shape of a 2cy Mediterranean Gull as it passed close to the Beacon in poor weather.

The 6th was a bit of a sea-watching bonanza coupled with what we thought had to be new arrivals on the land. A total of 520 Sooty Shearwaters, 2 Balearic Shearwaters, 20+ Manx Shearwater, a Fea's-type Petrel, a Leach's Petrel, 7 Storm Petrel plus good numbers of all the commoner sea-birds made for a great day of sea-watching and took the total of Fea's-type Petrels to 4 for the year! On the land Holland held most of the migrants with at least 3 Rosefinches present and a Barred Warbler that was later trapped in Holland and was also found to be very fat, with a fat score of 6 and an overall weight of 32.4g! Other land migrants included a Tree Pipit, a Short-eared Owl and 5 Willow Warblers. 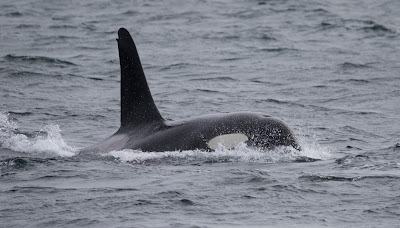 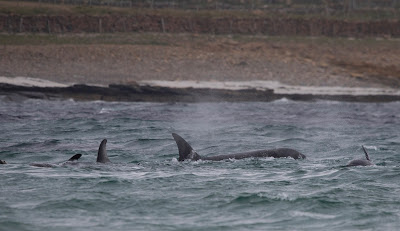